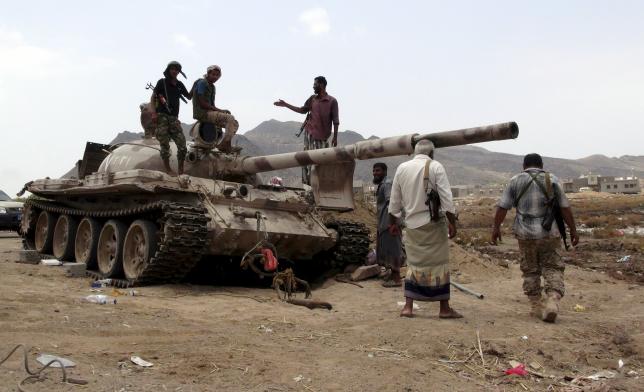 ABU DHABI - Conflict in Yemen is disrupting the crop planting season and threatens to create food shortages, the United Nations Food and Agriculture Organization (FAO) said on Wednesday. The FAO has been working since 2014 to support Yemeni farmers but it says only $4 million of the required $12 million have been made available for its livelihood programs. "The deteriorating situation means we need to double down on our efforts to ensure that as many farmers as possible are able to plant this growing season and strengthen their ability to withstand future shocks," the FAO Assistant Director-General for North Africa and the Near East Abdessalam, Ould Ahmed, said in a statement. An alliance of Arab states has been bombing Shi'ite Muslim Houthi militias and troops loyal to former president Ali Abdullah Saleh to stop them from seizing the southern port city of Aden. About 11 million of Yemen's 26 million people are classified as severely food insecure, while 16 million are in need of some form of humanitarian aid and have no access to safe water, the FAO said. Markets have been disrupted and food prices have increased as a result of the escalation at a time when planting for the 2015 maize and sorghum harvests was due to take place. "We are entering a crucial period for crop production in Yemen and now, more than ever, agriculture cannot be an afterthought if we want to prevent more people from becoming food insecure amidst this crisis," the FAO Representative for Yemen, Salah Hajj Hassan, said. Food prices in the western port city of Hodeidah have doubled and fuel prices have quadrupled, FAO said. With most people living off the land and about 90 percent of Yemen's water resources used in agriculture, Yemenis are especially vulnerable when conflicts disrupt farm production. Nearly two-thirds of Yemenis work in agriculture but the country imports around 90 percent of its wheat requirements and 100 percent of its rice. The FAO told Reuters earlier this month the conflict would have an impact on the availability of foodstuffs and push prices upwards sooner than expected despite government claims it had enough foodstuffs for six months. - Reuters