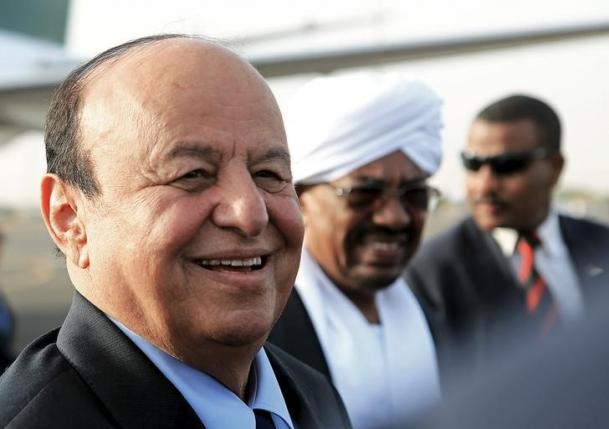 ADEN – Yemeni President Abd-Rabbu Mansour Hadi landed in Yemen's Aden on Tuesday, airport sources said, returning to the southern port city for the first time since he escaped to Saudi Arabia as Houthi fighters closed in six months ago. His return is the most concrete sign yet that a military coalition led by Saudi Arabia has secured enough territory from the Iran-allied Houthi militia for the exiled government to resume administering at least part of the country. A government source said Hadi would spend the Muslim Eid al-Adha holiday in the city then fly to New York to deliver a speech at the United Nations. Hadi was greeted by Prime Minister Khaled Bahah and several ministers who had returned to Aden last week to help set up an interim administration. An alliance of Arab states - mostly Yemen's wealthy Arabian Peninsula neighbors - intervened in the impoverished country's civil war in March with the aim of restoring Hadi, and have helped drive the Iranian-allied Houthi forces back from Aden. Gulf ground troops are now trying to push into Houthi strongholds in northern Yemen and in Sanaa, which the group seized a year ago. So far, they appear to have made few gains. A former army general and vice president, Hadi assumed office in 2012 under a Gulf-brokered transition plan following "Arab Spring" protests which ended over three decades of rule by his predecessor, Ali Abdullah Saleh. But the ex-strongman maintained ties to powerful loyalists in the country's fractured army, and made common cause with the Houthis to seize much of Yemen by force starting late last year. The Houthis and Saleh say Hadi and his government are corrupt and have lost any mandate to rule, while a U.N. Security Council resolution in April reaffirmed that he was Yemen's legitimate, internationally-recognized leader. A security vacuum in Aden and much of Yemen's south, which were won back from the Houthis in July, may yet delay the regrouping of the Yemeni state there as armed gangs and al Qaeda militants have stepped up their presence. AIR STRIKES, MISSING SAUDI TROOPS Alliance planes bombed two houses in the capital Sanaa on Tuesday, killing at least 20 people, medics said The air attack came a day after similar raids killed around 50 people. "Two missiles hit the two houses in the Asbahi district in southern Sanaa, destroying them, killing 20 people and wounding others," a medic at the scene said. Saba, the Houthi-controlled state news agency, said 236 people have been killed in air strikes over the last four days. Medics reached by Reuters estimated the death toll was lower for some of the incidents mentioned in the report. A spokesman for the Saudi Defense Ministry said on Tuesday that two Saudi soldiers strayed into enemy territory in Yemen and are presumed to be in the hands of the Houthis. "Two soldiers from the Saudi forces are missing after they lost their way inside Yemeni territory and the evidence points to them being alive and detained by the Houthi militias," Brigadier General Ahmed al-Asseri said in a statement. –Reuters