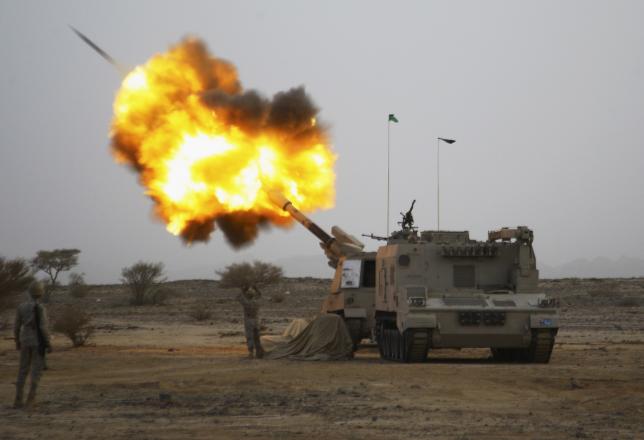 RIYADH - Yemeni Vice President Khaled Bahah said on Thursday he hoped a Saudi-led Arab coalition battling Iranian-allied Houthi rebels in Yemen would not send in ground troops. Arab military exercises planned for Saudi Arabia have raised speculation that the coalition, which has been bombing the Houthis from the air for three weeks, is considering land operations. "We still hope that there is no ground campaign in line with the air strikes," Bahah told a news conference in the Saudi capital Riyadh. He called on the armed forces to support the "legitimate" Yemeni government in exile and said a ceasefire must precede any peace initiative. "At this historic moment, we send our call to all the sons of the armed and security forces to act on behalf of the legitimate state," said Bahah. Army units loyal to former president Ali Abdullah Saleh have joined forces with Houthi rebels against supporters of the government and forced it to flee. Bahah said no peace initiatives would be considered until President Abd-Rabbu Mansour Hadi and his government returned to the southern city of Aden, where they enjoy the most support. - Reuters