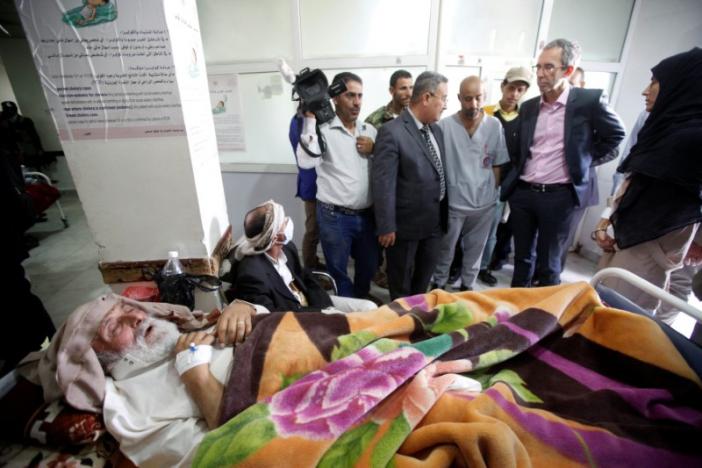 SANAA – A cholera outbreak in Yemen has killed 51 people since April 27, the World Health Organization said on Thursday, more than double the toll of 25 reported three days ago.

WHO said there are 2,752 suspected cholera cases and 58 more people have been confirmed as having the diarrheal disease.

A epidemic late last year faded but outbreaks are frequent and made worse by the degrading of health and sanitation systems by more than two years of civil war that has also killed at least 10,000 people and displaced millions.

Only a few medical facilities are still functioning and two-thirds of the population are without access to safe drinking water, the United Nations has said.

The capital Sanaa was worst hit, with 34.6 percent of the cases, followed by the surrounding province with 12 percent, the data showed. Cases were also reported in Yemen's other major cities: Hodeidah, Hajjah, Ibb, Taiz and Aden.

WHO said that 7.6 million people live in areas at high risk of cholera transmission.

Although most sufferers have no symptoms or mild symptoms that can be treated with oral rehydration solution, in more severe cases the disease can kill within hours if not treated with intravenous fluids and antibiotics.