SANAA - The president of Yemen's internationally recognised government has urged Saudi Arabia to intervene to stop the United Arab Emirates (UAE)' backing for southern separatists fighting for control of the key southern city of Aden and its surrounding areas.

The statement by President Abd-Rabbu Mansour Hadi on Thursday came after Yemeni officials accused the UAE of launching air raids on government forces in support of the separatist Southern Transitional Council (STC), killing dozens of people.

The intense battles in recent weeks between Hadi's forces and the STC's fighters have opened a new front in Yemen's multilayered war. The two sides were until recently allies in a Saudi-UAE-led military coalition fighting the Houthi rebels who control the country's north.

Yemeni Information Minister Moammar al-Eryani said on Thursday that the UAE's air attacks in Aden and its vicinities, as well as in Zinzibar, the capital of Abyan province, had killed 40 combatants and wounded 70 civilians. Separately, Yemen's defence ministry said on Twitter that more than 300 people were killed and wounded by the UAE's air raids. The casualty tolls could not be independently verified. In a statement on Thursday, Hadi, who is based in Saudi Arabia, said the government was facing "an armed rebellion" carried out by the UAE-backed STC's militias that was targeting "the constitutional legitimacy of Yemen". "They have committed themselves to injustice, aggression and using armed forces against the Yemeni people in the southern governorates, using the UAE's military arsenal in order to divide our country," he added, calling on Riyadh "to intervene to stop this blatant intrusion by these militias and their aerial bombardment of our armed forces". Hadi said that following the air raids, the government forces withdrew "to the vicinity of Aden governorate in order to spare Aden" and its residents "the mad destruction" by the STC militias. The UAE's foreign ministry said in a statement on Thursday that the air raids targeted "armed groups led by members of terrorist organisations" following "attacks on coalition forces at Aden airport". Aden has been the temporary seat of Hadi's government since the Houthis seized Yemen's capital, Sanaa, in 2015. 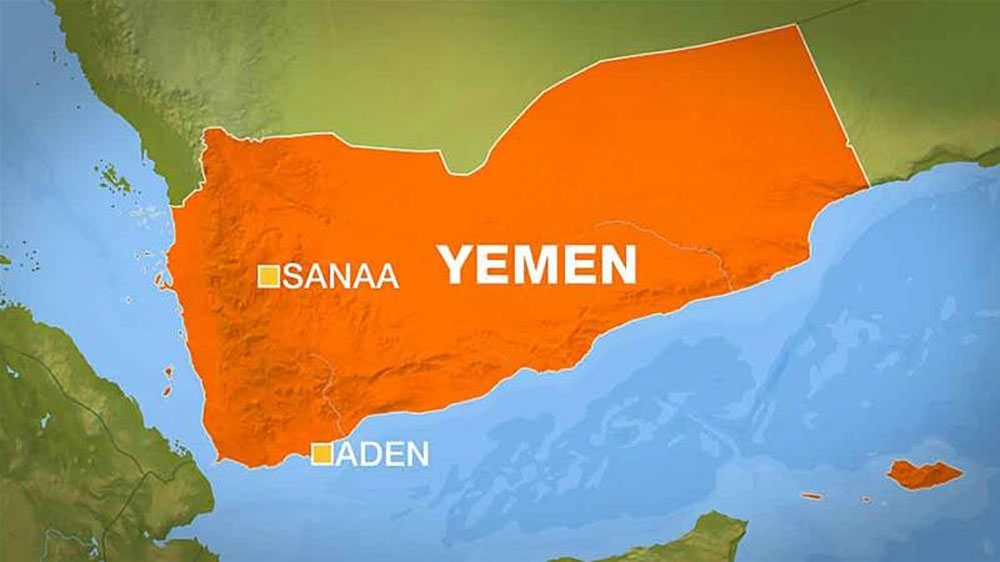 The government said on Wednesday it had taken Aden back from the STC's forces who seized it on August 10 after four days of fierce fighting killed at least 40 people, according to the United Nations. But on Thursday, the STC said its forces had regained control of the coastal city, after bringing in reinforcements from the Red Sea port city of Hodeidah. "To whoever said the Southern Resistance has fled, I say: We are here," Hani Ben Brik, STC's vice president, said in social media posts showing himself and other southern leaders touring the streets of the city, including the airport. He warned fleeing government loyalists of punishment after their brief takeover the previous day. Separatist forces "completely [took] control the city of Aden along with its entrances",Haitham Nezar, a spokesman for the STC, told AFP, adding they were now setting their sights on Abyan and Shabwa provinces, which were retaken by government troops earlier this week. There were sporadic clashes across Aden on Thursday with gunmen on both sides patrolling deserted streets, residents told Reuters News Agency. Shops, restaurants and businesses were closed. Meanwhile, sources on both sides said that clashes had flared in Zinjibar, about 100km from Aden, after government troops withdrew to the area.

The aid charity Doctors Without Borders (MSF) said it had taken in 51 casualties during heavy fighting in Aden on Wednesday, 10 of them already dead when they reached its hospital. "It's total chaos here. There was fighting in the city all day yesterday. Things appear to have calmed down a bit this morning, but we expect the hostilities to resume at any point," MSF programme manager Caroline Seguin said in a statement. The UN Office for the Coordination of Humanitarian Affairs (OCHA) in Yemen said 13 people were killed andat least 70 wounded over the past two days in Aden and Abyan. "We mourn for the dead and wounded and plead with everyone who is fighting to respect their obligations under international humanitarian law," said Lise Grande, humanitarian coordinator in Yemen. "The situation is very fragile. Families are again trapped in their homes by fighting, unable to secure food and reach medical care," Grande said, adding that "the timing couldn't be worse".

The fighting has raised further concerns the famine-threatened country could break apart entirely, exacerbating a dire situation in a long-running conflict the   United Nations has described as the world's worst humanitarian crisis. It also reflects a rift within the pro-government coalition led by Saudi Arabia and the UAE fighting the Houthi rebels. The UAE has trained and supported the secessionists who seek an independent southern Yemen. South Yemen was a separate state until it merged with North Yemen in 1990. Four years later, an armed secession bid failed to reverse the reunification. The UAE seems to have been "planning this for quite some time" pursuing its own foreign policy in the war-ravaged country, Sami Hamdi, of the UK-based media group International Interest, told Al Jazeera. Doha-based Yemeni political analyst Saeed Thabit also told Al Jazeera fighting between government forces and the southern separatists was not over. "No party at this point has a decisive victory over the other," he said. Thabit said both sides were mobilising forces and bringing in heavy weapons for the fight to control the key port city. "The battle for Aden is complicated as the battle lines are shifting back and forth by the hour," he said.

Catherine Shakdam, head of the Yemen department at London-based think-tank Next Century Foundation, told Al Jazeera the separatists will remain in control of Aden because of Hadi's weak government. "I think, realistically, that it is very likely that the secessionists will remain in control of the seaport of Aden. It is, after all, a stronghold of the secessionist movement, and has been for many decades now." Shakdam said the feeble government and the advancement of Houthi rebels emboldened the separatists who realise it "is an opportunity they cannot miss". She said the situation was complicated for the Saudis and the UAE but also for the Houthis, who previously supported a partition of the country but "no longer believe there should be two Yemens". US Secretary of State Mike Pompeo - meeting in Washington with Saudi Arabia's deputy defence minister, Prince Khalid bin Salman - called for a negotiated resolution. Pompeo and the prince "agreed that dialogue represents the only way to achieve a stable, unified and prosperous Yemen," the State Department said in a statement. The meeting came after The Wall Street Journal, citing anonymous sources, said US President Donald Trump's administration was pursuing secret talks with the Houthis in hopes of winding down the devastating five-year war. SOURCE: AL JAZEERA AND NEWS AGENCIES