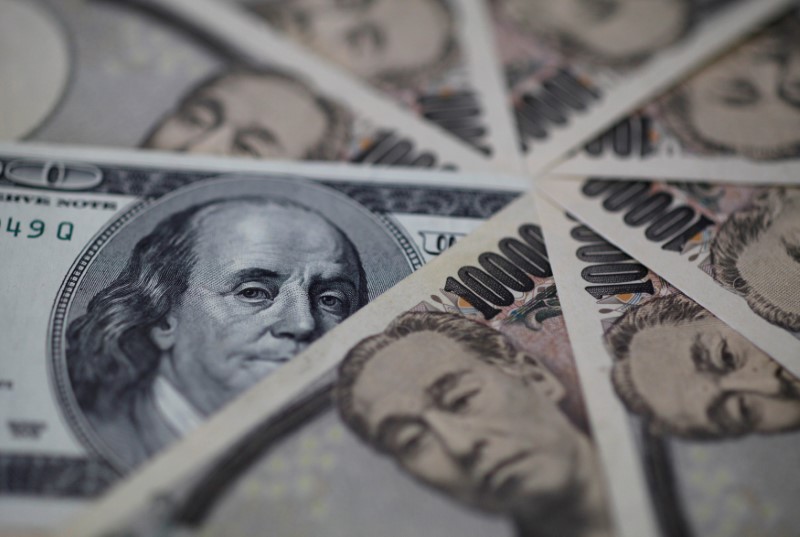 TOKYO (Reuters) – The yen stepped back from a two-week high against the dollar on Friday when North Korea said it was open to resolving issues with the United States after US President Donald Trump called off a June summit with its leader, Kim Jong Un. Although the yen and the safe-haven Swiss franc had gained on Thursday in response to heightened worries over global politics, traders were quick to lock in gains ahead of a long weekend in the United States. “The risk-off mood eased a bit after North Korea said it’s open to talks during early Asian trade,” said Shuntaro Ikeshima, chief manager of forex and financial products trading division at Mitsubishi UFJ Trust and Banking Corp. The yen fell 0.3 percent to 109.60 yen in early Asian trade following conciliatory comments from North Korean Vice Foreign Minister Kim Kye Gwan. It had hit a two-week high of 108.955 per dollar on Thursday, US time, in a knee-jerk reaction after President Donald Trump called off a planned summit with North Korea’s Kim Jong Un. Trump blamed the cancellation on what he said was Pyongyang’s “open hostility,” and warned that the US military was ready in the event of any reckless acts by North Korea. The dollar index, which measures the greenback against a basket of six other currencies, was up 0.1 percent at 93.844 and not far from the five-month high it hit on Wednesday. The dollar had been rising for weeks on its widening yield advantage but began to lose momentum after minutes of the Federal Reserve’s last policy meeting published on Wednesday were seen as more dovish than markets had expected. The euro was little changed at $1.1718, and still on track for a sixth consecutive week of falling against the dollar, hobbled by worries over a deepening economic slowdown in the currency bloc. Six falling weeks would be its longest such streak since January 2015. Also weighing on the euro was the insistence of the far-right League, a partner in Italy’s planned coalition government, that eurosceptic economist Paolo Savona be appointed economy minister. Turkey’s lira weakened 1.2 percent, retreating further from hefty gains made on Wednesday when the central bank raised interest rates 300 basis points.