You face a stark choice - Britain's May warns lawmakers over Brexit 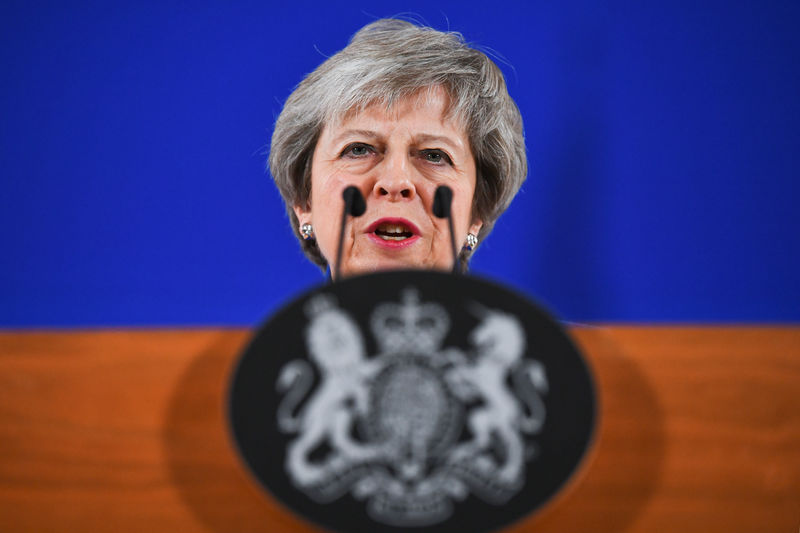 You face a stark choice - Britain's May warns lawmakers over Brexit

LONDON (Reuters) - Prime Minister Theresa May will tell lawmakers on Monday they face a stark choice - either back the deal she negotiated to leave the European Union or reject it and take Britain “back to square one” with “more division and more uncertainty”. May secured agreement with the EU on Sunday for a deal that will see Britain leaving the bloc with continued close trade ties, a deal that was dismissed by the opposition Labour Party and other critics, even her allies in Northern Ireland. The future of the deal, which would deliver Britain’s biggest shift in foreign and trade policy in more than 40 years, now rests with Britain’s parliament, deeply divided over how the country should leave the EU. The odds look stacked against May. “This has been a long and complex negotiation. It has required give and take on both sides. That is the nature of a negotiation,” she will tell parliament, according to excerpts of her statement. “And I can say to the House (of Commons) with absolute certainty that there is not a better deal available ... There is a choice which MPs will have to make,” she will say, calling for them to back the deal and allow Britain to “move on”. “Or this House can choose to reject this deal and go back to square one ... It would open the door to more division and more uncertainty, with all the risks that will entail.” May has pledged to sell the deal to the British public and is warning lawmakers that if they reject it, Britain could face leaving the EU without a deal - something businesses say could hurt the world’s fifth largest economy. The EU has also been clear - there is very little appetite to reopen the Brexit negotiations if parliament votes it down. Her plan will face opposition from both eurosceptics and europhiles within her party’s 314 lawmakers and around 313 lawmakers from opposition parties. The 10 Democratic Unionist Party Northern Irish lawmakers propping up the government said at the weekend they will vote against the deal. May needs to win a simple majority in parliament - 320 votes if all active lawmakers turn out and vote - but former whips, who have long studied parliamentary arithmetic, say the prime minister may end up needing only 305 votes if illnesses and abstentions are accounted for. The prime minister has shown little sign of changing tack to try to curry favor, but will deploy some of the weapons in her armory to try to persuade lawmakers. But even some of her aides say they know it will not be an easy task, and that May will just try to persuade people by pressing her main message. “I believe our national interest is clear. The British people want us to get on with a deal that honors the referendum and allows us to come together again as a country whichever way we voted,” she will say. “This is that deal. A deal that delivers for the British people.”