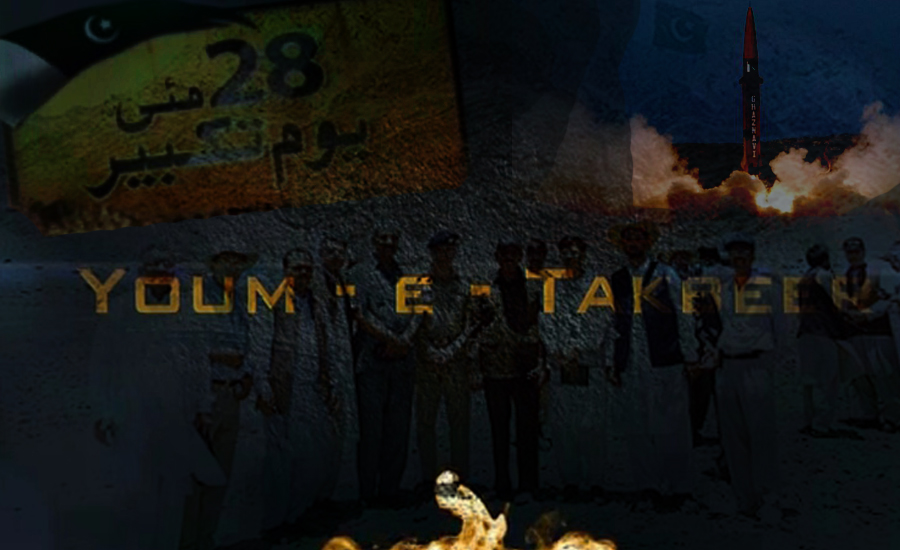 ISLAMABAD (92 News) – Youm-e-Takbeer is being observed across the country today to commemorate the historic nuclear tests Pakistan conducted on this day in 1998.

The nation would pledge today that all out efforts would be made for upholding national sovereignty and solidarity and for safeguarding the geographical and ideological frontiers of Pakistan.

Pakistan had carried out nuclear tests on 28 May, 1998 in response to Indian nuclear explosions, making defense of the motherland impregnable. Pakistan became seventh nuclear world power with demonstration of nuclear capabilities and the first in the Muslim world.

Different organizations have arranged special programs and functions to highlight importance of the day.