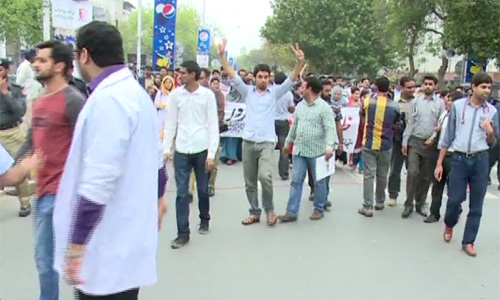 LAHORE (92 News) – Young doctors ended their protest in Lahore and Multan after successful talks with the government on Tuesday. The protesting doctors had earlier announced to continue their protest until the fulfillment of their demands. Earlier, they closed the OPDs in Lahore, Faisalabad and Multan, causing problems for the patients.