ADELAIDE (Reuters) - Pakistan’s senior batsman Younis Khan wants to put on a big performance to beat Ireland in the World Cup on Sunday as a tribute to the national team’s late coach Bob Woolmer. Former England international Woolmer died on March 18, 2007 in Kingston, Jamaica the day after Pakistan were knocked out of the World Cup by Ireland in a big upset. An inquest returned an open verdict, leaving a mystery that gripped the international cricket world unresolved. “Bob contributed a lot to Pakistan cricket and I would love to see us win against Ireland with a big performance from me," Younis told reporters in Adelaide on Wednesday. "There would be nothing better to dedicate to Bob and also try to win this World Cup for him.” Younis, however, ruled out any revenge aspect to the clash. “It is a crucial match for us as you never know what will happen on the points table," he said. "Ireland is a side capable of causing an upset. So we are going to take this match very seriously and there is no element of us trying to avenge the 2007 defeat,” Younis added. FINAL TARGET Younis, 37, who has played 96 tests and 264 one-day internationals, also felt Pakistan were capable of reaching the World Cup final despite a bad start to the tournament when they was outclassed by India and West Indies. “In our case, always when we start to win we get a boost and our self-belief back. The win over South Africa has given us a big boost and we are hopeful now that we have the capability of playing in semi-final and final,” Younis said. Pakistan are in a three-way fight with Ireland and West Indies to secure a quarter-final spot from Pool B. “I was captain when we won the T20 World Cup in 2009 and it really felt good and I just want to now also be part of a team that can win this World Cup,” he said. Younis added that as a senior player he had made mistakes in life and learnt from them. “Every day as a player and human being there is need for improvement and you learn. I left the captaincy in the past but now I am ready to captain again because there is no bigger honour than being captain and doing your bit to take your team to the top,” he said. Younis, dropped after struggling in the first two games, said that as a senior player he always wanted to perform for Pakistan and it was frustrating when he had to sit out matches. [caption id="attachment_7997" align="alignnone" width="500"] 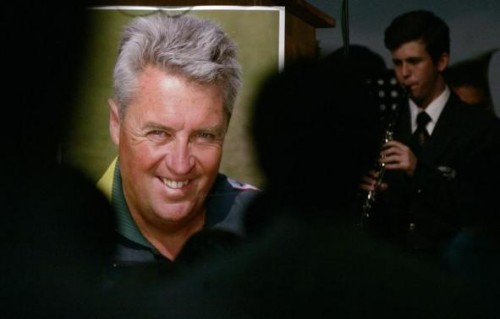 A school boy plays a musical instrument beside a poster of Pakistan cricket coach Bob Woolmer during his memorial service in Cape Town April 4, 2007.[/caption]