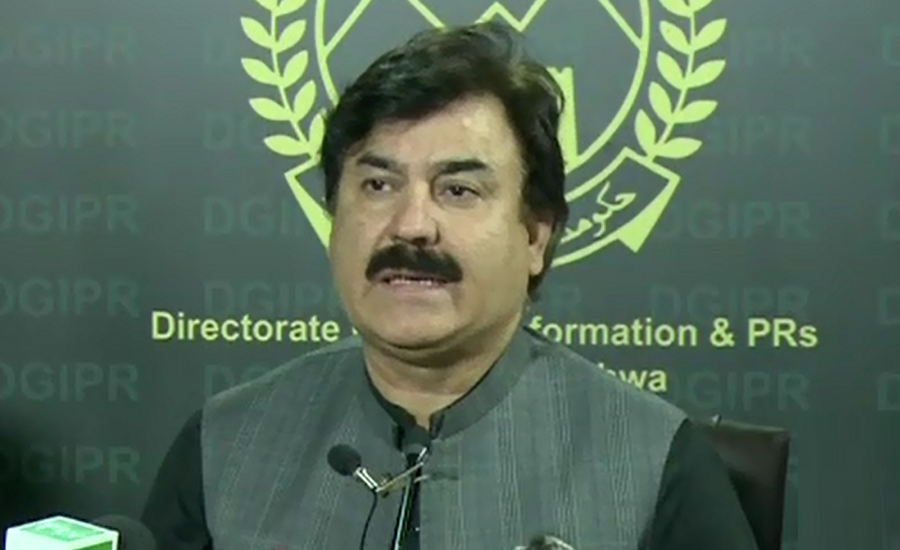 PESHAWAR (92 News) – Khyber Pakhtunkhwa Minister for Information Shaukat Yousafzai has condemned MNA Mohsin Dawar’s demand for withdrawing army from Waziristan. Addressing a press conference on Wednesday, he said that the army is not foreign, but Pakistan’s. “It is authority of the parliament to send or withdraw the army from any area,” he maintained. Criticizing the PPP, he said that they had been listening about ‘roti, kapra aur makan’ since 1970. “Do the Pashtuns not want to make progress? Is it Pashtun’s only task to pick up the gun? The objectives of those using the Pashtuns are now exposing,” he said. He asked Bilawal Bhutto to focus on Sindh instead of worrying about other issues. The minister said that the law is equal for everyone. “There is no ban on the politics of the Pashtun Tashaffuz Movement (PTM).” He said that terrorism is occurring across the world. “The incidents of terrorism also occurred in Paris and New Zealand,” he said. Shaukat Yousafzai said that the PTM workers had attacked the army. “It was a difficult task to eliminate terrorism and restore peace. He said that no one would be allowed to do terrorism in tribal areas. “Peace has been restored to Khyber Pakhtunkhwa after offering sacrifices of 80,000 people. Fire is opened in any country where a check-post is attacked,” he said. The minister said that the army had gone to Doga village where two facilitators were hiding. “The terrorists opened fire on the armymen when they reached there. Two parliamentarians went there with armed people and attacked the check-post,” he disclosed. He said that the army is party of Pakistan and it is responsibility of the army to defend the borders. “The demand of army’s withdrawal will be not be accepted at any costs,” he declared. Yousafzai questioned how a lawmaker can chant slogans against the Pak Army. “No lawmaker will be allowed to forcibly enter a check-post,” he said.