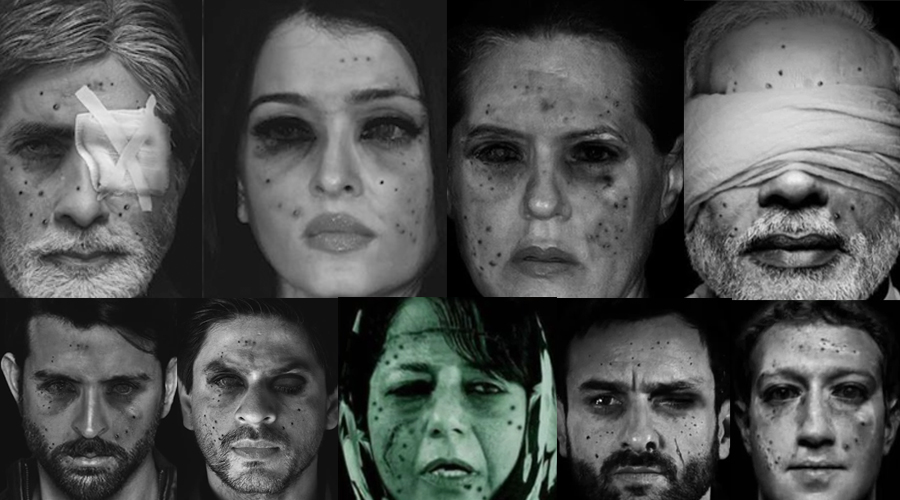 LAHORE (92 News) – A campaign against the Indian army in Occupied Kashmir has been started on social media. Famous Indian personalities, including Indian Prime Minister Narendra Modi has been shown wounded by pallet guns in posters posted on social media sites. Kashmiries are protesting around the world against the Indian atrocities but Indian politicians and famous personalities included showbiz stars are still silent on these atrocities. Indian prime minister Narendra Modi, Sonia Gandhi, Mehbooba Mufti, Amitabh Bachchan and other personalities were shown as wounded as kashmiri in occupied Kashmir by palette guns.