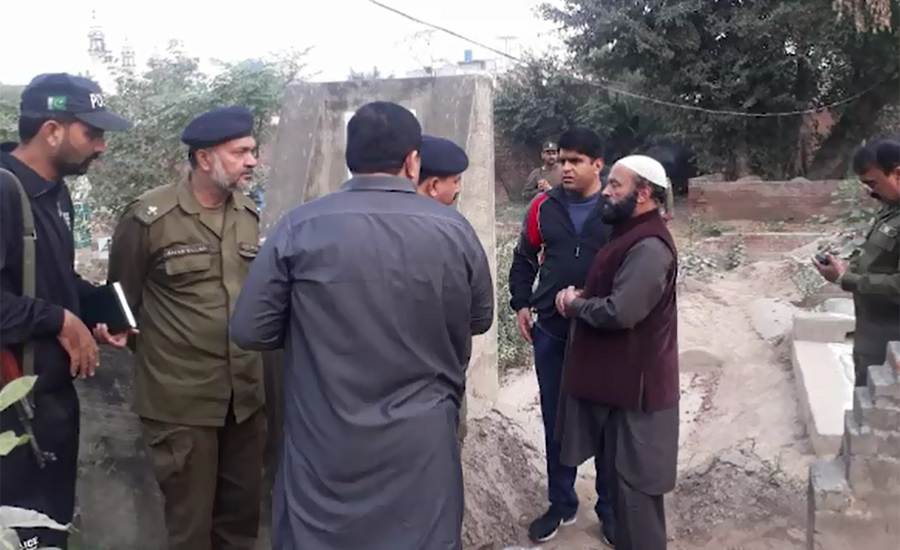 LAHORE (92 News) – A youth shot dead his mother and two sisters and threw the bodies in Chan Shah Graveyard in Shadbagh area on Wednesday. The accused also injured his third sister. The deceased girls are said to be between 14 and 16 years. The injured girl told the police that her brother had killed them. According to sources, the murdered women are wife and daughters of Malik Asghar Billu who was murdered 15 days ago on Sheikhupura Road. Asghar Billu’s wives Sundas and Basaram were arrested and are in jail. It is being suspected that his sons had murdered Asghar Billu. His sons had already murdered their stepmother. The police have started investigation after recording statement of the injured sister. The bodies have been shifted to Mayo Hospital for autopsy. The forensic teams have reached the spot and collecting evidence. Raids are being conducted to arrest the accused. Meanwhile, Chief Minister Usman Buzdar has ordered a probe into the incident and sought a report from the Lahore CCPO.