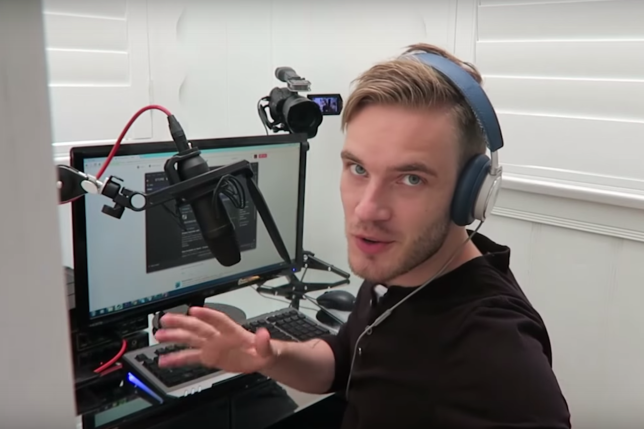 LOS ANGELES - YouTube video star PewDiePie's company made 70 million crowns ($8.1 million) profit in 2015, an annual report filed in Sweden showed, following controversy over payments for video game promotion. PewDiePie, whose real name is Felix Kjellberg, is known for his humorous, raw commentary on video games. He has almost 50 million subscribers on YouTube, more than both Justin Bieber or Rihanna. Time magazine named the 26-year-old Swede, who is based in Brighton, England, as one of the world's 100 most influential people. He was among those named by the US Federal Trade Commission (FTC) this year as one receiving payments for posting positive videos and reviews of Warner Bros Home Entertainment Inc's game "Middle East: Shadow of Mordor". Warner Bros settled with the FTC after it was accused of failing to adequately disclose thousands of dollars in payments. It agreed to disclose such payments in future. Kjellberg, who was not charged with any wrongdoing by the FTC, defended himself and his actions. He noted that he had disclosed that the original video was sponsored, though in text on the YouTube website as opposed to in the video itself. His company, Pewdie Productions AB reported a 12 percent rise in pre-tax profits for 2015 while revenue rose 18 percent to 75 million crowns ($8.6 million). -Reuters