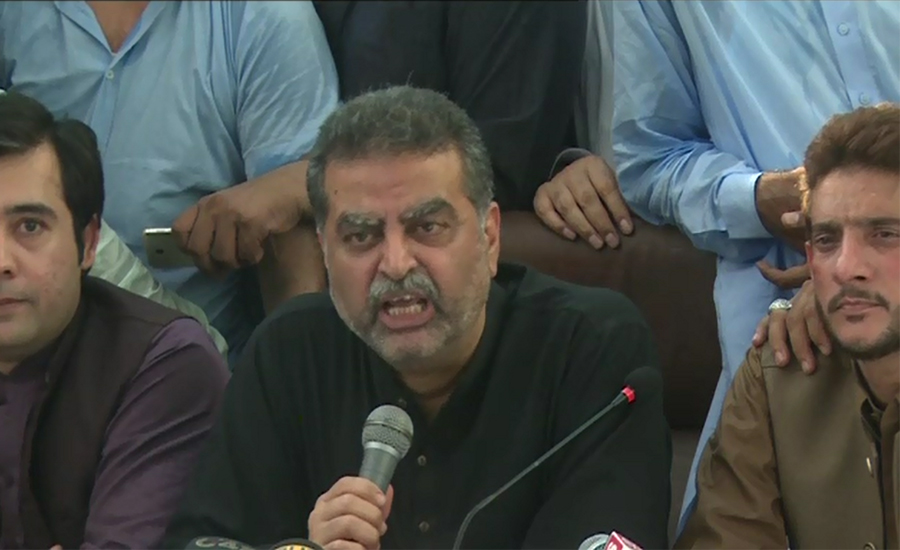 LAHORE (92 News) – PML-N estranged leader Zaeem Qadri has said that he could not polish the shoes of Hamza Shehbaz. Addressing a press conference on Thursday, he said that Lahore is not the property of Hamza Shehbaz or his father. “Shehbaz Sharif told me on phone that the Punjab president does not like my face,” he said. The former provincial minister said that he would contest the elections against Hamza Shehbaz in NA-133 and will win the elections. “I do not boast, but I will not bow before anyone,” he said, saying that he will tell the people what situation he faced during 10 years. He challenged Hamza Shehbaz to contest the elections with his unit of servants. “I have served jail for you, but will not be your servant,” he said. Zaeem Qadri said that those not in the party in 2013 were made the ministers. “These ministers did not bother even to defend them,” he added. “I was a covering candidate of Kulsoom Nawaz and Nawaz Sharif, but now several new faces have been forwarded in my place,” he added. He said that he had been spokesman for Nawaz Sharif for eight years.