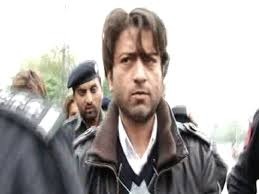 LAHORE (92 News) – An anti-terrorism court on Saturday extended physical remand of the main accused Mustafa Kanju and five others for six days. Arrested for murdering a 14-year-old, Mustafa Kanju confessed to the crime last week when forensic reports found his fingerprints on the murder weapon. Police said that Kanju admitted he had fired the murder weapon, but claimed that teenager Zain Rauf was not his target.