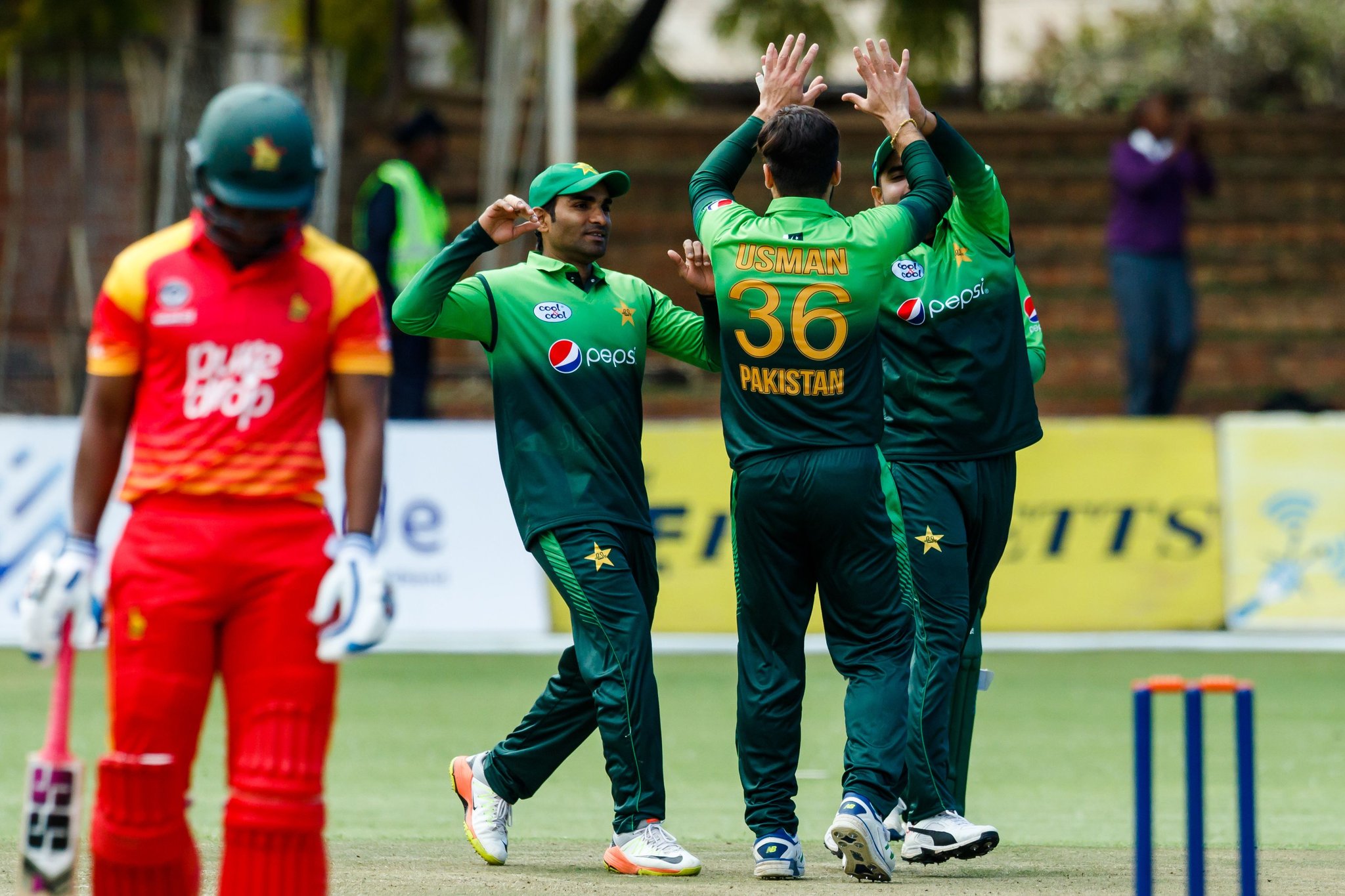 The tourists secured an emphatic 244-run victory on a record-breaking day in Bulawayo.

Fakhar Zaman hit Pakistan's highest ever individual ODI score as the tourists once again reigned supreme over opponents Zimbabwe, notching their fourth win on the bounce in this series with a devastating 244-run victory at Queens Sports Club, Bulawayo. Fakhar carried his bat for a phenomenal 210 not out from 156 deliveries including 28 fours and five maximums, to propel Pakistan to their highest ever ODI total of 399/1. He shared a Pakistan record opening stand of 304 with fellow left-hander Imam ul-Haq who hit 113 off 122 balls. After winning the toss and electing to bat, Sarfraz Ahmed's unchanged Pakistan team got off to a flyer, reaching the 200 mark unscathed after a virtually flawless opening 25 overs. After eclipsing Pakistan's previous record for opening stands in ODIs of 228*, records continued to tumble as Zaman and ul-Haq surpassed the highest ever opening stand in ODIs for any nation of 286. Ul- Haq was finally dismissed by skipper Hamilton Masakadza (1/78), caught on the boundary for 113 from 122 deliveries. It was ul-Haq's third ODI century in just eight innings, and although a lovely, composed knock, he had somewhat begun to play second fiddle to Zaman who provided the fireworks. Asif Ali replaced ul-Haq in the middle with eight overs remaining, and there were no signs of slowing up from the visitors as he and Zaman charged towards the 400-mark, smearing the ball to all parts as the hosts toiled away to no avail, Ali finishing on 50* off 22 balls with three six and five fours. Zimbabwe's reply was spirited at times but ultimately fruitless, and the hosts batted at a slow rate, eliminating any chance of a shock comeback. Masakadza, on the day that he became his country's most capped player across all formats, chipped in with 22 from the top of the order before being dismissed by Junaid Khan (1/32), caught at mid-wicket. The top order all fell cheaply, but middle-order batsmen Elton Chigumbura (37) and Donald Tiripano (44) showed a degree of stoicism, putting on a stand of 69 to restore some pride in the Zimbabwe ranks. The run-rate was well below the required, however, as Pakistan's bowlers kept a tight grip on proceedings throughout. The tourists eventually saw off Zimbabwe in the 43rd over for 155, securing another victory by a huge margin, this one by 244 runs. The wickets were shared out, Shadab Khan the pick of the bunch notching figures of 4/28, while Faheem Ashraf (2/16) and Usman Khan (2/23) also chipped in with a couple apiece. Pakistan will conclude their ODI series in Zimbabwe on Saturday, 22 July. A win for the visitors would secure a 5-0 whitewash.