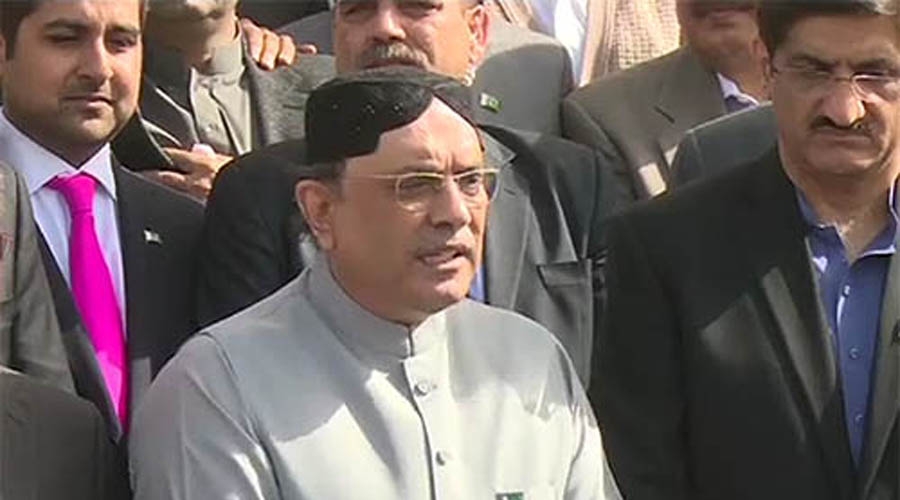 KARACHI (92 News) – Former president and Pakistan People’s Party (PPP) co-chairman Asif Ali Zardari called on his friend Dr Asim Hussain at Jinnah Hospital on Sunday. Speaking on the occasion, he said that he is sure that Dr Asim would get justice. He further said that he never denied having contact with Omni group owner Anwar Majeed. On a reporter’s question, he said that the interior minister should be asked who raided the offices of the group. We will talk regarding the four demands of the PPP, he said. Zardari, however, stuck to his decision of giving a surprise on December 27. The PPP co-chairman also visited the tomb of Quaid and the shrine of Abdullah Shah Ghazi on Sunday.