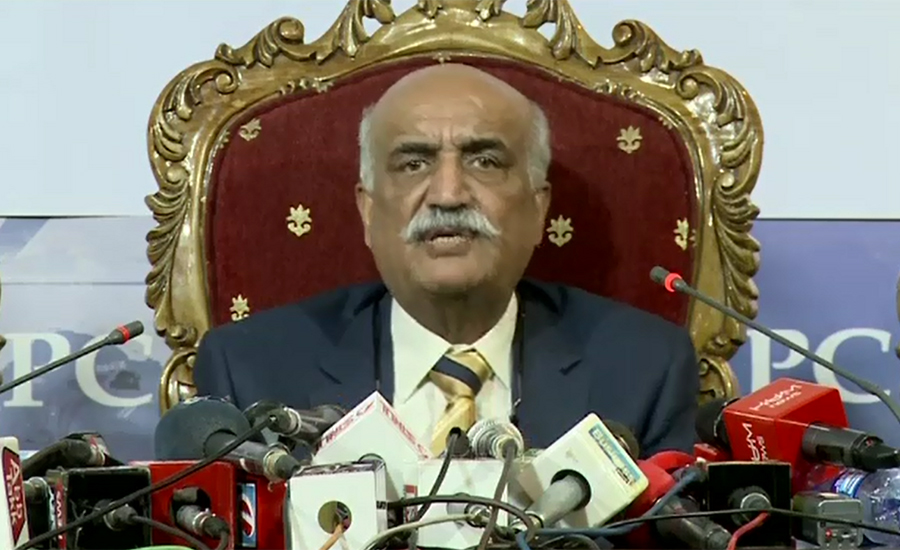 KARACHI (92 News) – Opposition Leader in the National Assembly Syed Khurshid Shah has said that former president Asif Zardari had saved the Nawaz government in 2014. Talking to the media on Tuesday, he said that Nawaz Sharif had gone to the Supreme Court against Asif Zardari. “Our leadership has never made a personal attack against anyone,” he said. Khurshid Shah condemned the statement of Prime Minister Shahid Khaqan Abbasi about Senate Chairman Sadiq Sanjrani. He said that the government and the opposition will hold talks for the caretaker set-up. He said that the opposition parties as well as three PML-N members had voted for Sanjrani. Shah said if the prime minister refused to appear in the Upper House following a ruling by the Senate chairman it would be a disgrace. He said that the chief justice and the army chief had appeared in the Senate during Raza Rabbani's tenure as Senate chairman. Khurshid Shah also criticized former Muttahida Qaumi Movement convener Farooq Sattar. He expressed disappointment over Sattar's remarks about the Election Commission. Maula Bakhsh Chandio said that Nawaz Sharif had confessed to the Memogate scandal. “Mian Sahib should also confess the sin of instituting fake cases against Benazir Bhutto and detaining Asif Zardari,” he said. Chandio said that Nawaz Sharif should also confess to being an enemy of the constitution.