Zardari says 'no businessman can work without fake accounts' 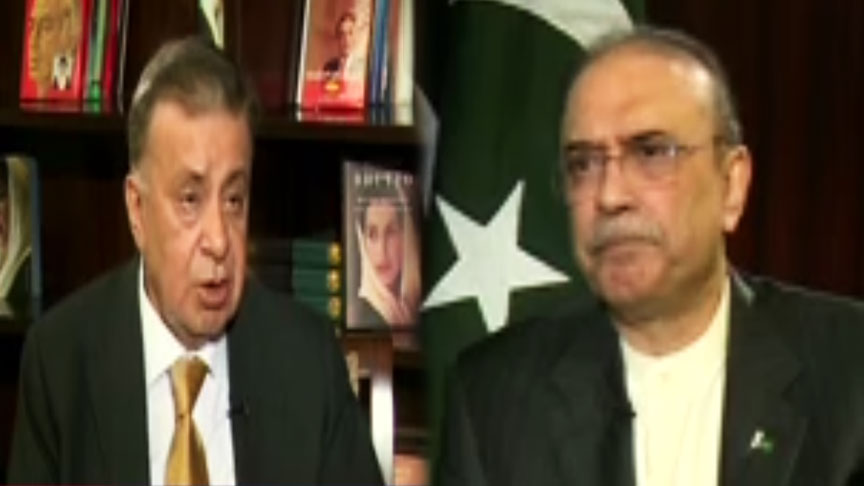 Zardari says 'no businessman can work without fake accounts'

LAHORE (92 News) – Quoting as renowned businessman, former president and Pakistan Peoples’ Party (PPP) co-chairman Asif Ali Zardari said that no businessman can work his business without fake bank accounts. In a special interview with 92 News channel programme “Ho Kya Raha Hai” at 7pm on Monday, Zardari openly spoke about the national politics and criticized the Pakistan Tehreek-e-Insaf (PTI) government. He also reacted on the present and past opponents.

To a question, the PPP co-chairman hinted at the Pakistan Tehreek-e-Insaf (PTI) will not complete its tenure, announcing that he cannot give the fix date but the new election would be held.

Time should be given to federal, Punjab govt

The PPP co-chairman said that the PPP can give tough time to the the federal government and the Punjab government but they should be given more six month time. He also said that if no work would be done in the parliament then it should be considered government as ‘out’.

To another question about Shehbaz Sharif’s past statement, the PPP co-chairman said that the talks of dragging on the roads are just merely political statements for the public gathering. “Nothing can be happened in reality,” he added.

Need to work on NAB’s law

The former president said that the NAB chairman has been appointed for bringing the justice, while the anti-graft institution becomes political. “However, the NAB’s law cab be amended,” he sugested. “I am not facing any corruption case against me,” he explained.

No one knows Fawad Chaudhry

He said that the federal government can see the work of Sindh government, terming that no one knows Minister for Information Fawad Chaudhry other than himself. “How these people can run the movement against Sindh government, he added.

To resist against Presidential system

Asif Ali Zardari asserted that Imran Khan became accidently prime minister. “If the efforts are being to take presidential system, the PPP will resist,” he said.

Everything to be fine after ex-CJP Nisar

The former president further mentioned that everything will be fine after former chief justice of Pakistan (CJP) Mian Saqib Nisar. He said that the case related to Sindh should be fixed within province, while the former CJP transferred the cases to Islamabad. “My friends were punished just behalf of my friendship. No bank loan has to pay by Anwar Majeed. Everything will be surfaced soon,” he explained.

He also demanded the resignation of Punjab Chief Minister Usman Buzdar on Sahiwal tragedy. “Forward bloc can become in Punjab but we are not in hurry,” he claimed.

The former president further elaborated that the project of China Pakistan Economic Corridor (CPEC) had been started in the Pakistan Peoples’ Party’s tenure.