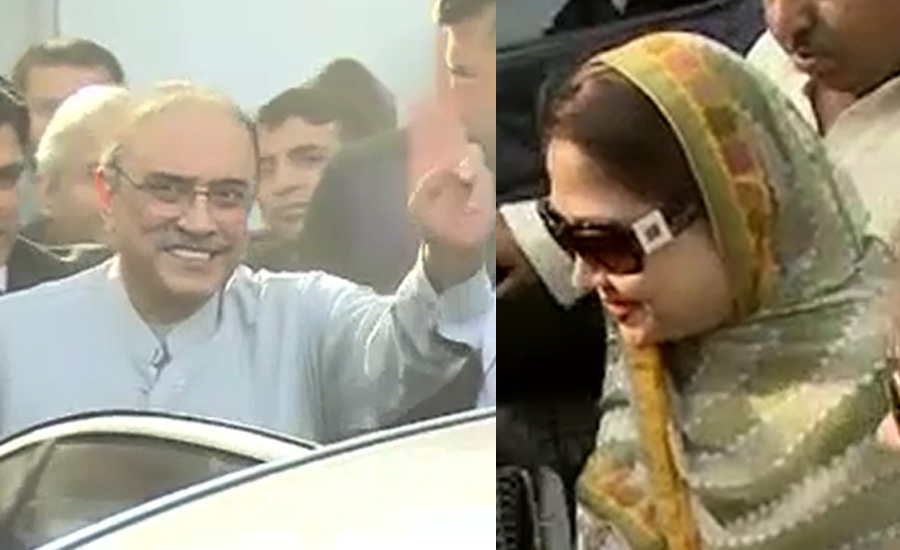 KARACHI (92 News) – Former president Asif Ali Zardari and Faryal Talpur have reached the banking court to seek extension in their bail in the money laundering case on Monday. Speaking to the journalists after participating in the Expo Centre in Karachi, Khursheed Shah took at jibe at the federal government and said that he has never seen worse circumstances across country in his 30 years political career. He also said that the government trying to hide their promises with the public and created a new issue regularly for changing the topic. The PPP leader said that the government is failed to resolve the problems and terming 18 amendments as black law. He added that they are pronouncing the constitution as black law. To a question about alliance between the PPP and the Pakistan Muslim League-N, Khursheed Shah said that if former president Musharraf could support PM Imran Khan, why not Zardari and former prime minister Nawaz Sharif can join their hands. “Nothing is the final word in politics,” he said, adding that Zardari and convicted Nawaz Sharif will hold a meeting. However, he said, they did not have an agenda to take down the government. “Democracy is the real power in the country. Decisions taken outside the parliament always lead to destruction. We will have to take decisions by remaining within the constitution and the parliament,” he said. It is worth mentioning that the court had extended the former president’s interim bail last month. The Joint Investigation Team (JIT) formed to probe into mega money laundering scam had filed its report in the Supreme Court last month.