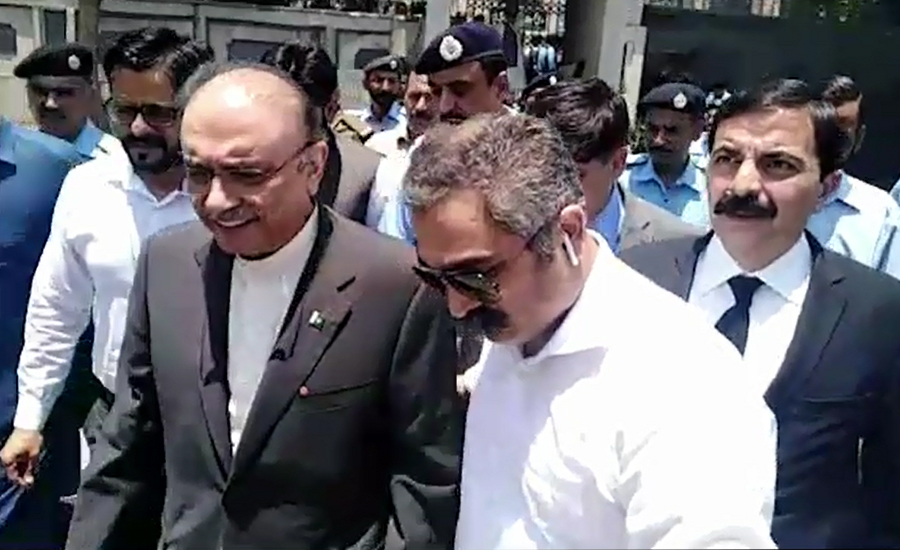 ISLAMABAD (92 News)—Pakistan People’s Party co-chairman Asif Ali Zardari withdrew his applications for bail in cases of Park Lane and Tosha Khana on Wednesday.  The former president withdrew the bail applications during a hearing at the Islamabad High Court, saying National Accountability Bureau would go to any extent to keep him in its custody. Talking to reporters outside the court, the PPP stalwart said he had nothing to do with Park Lane and Tosha Khan cases. “The difficulties are the part of life and I always faced them whole-heartedly,” Zardari said, adding he had asked the court to keep him in jail as he had no issue with it. On the other hand, NAB authorities decided to arrest Asif Zardari in Park Lane case today.