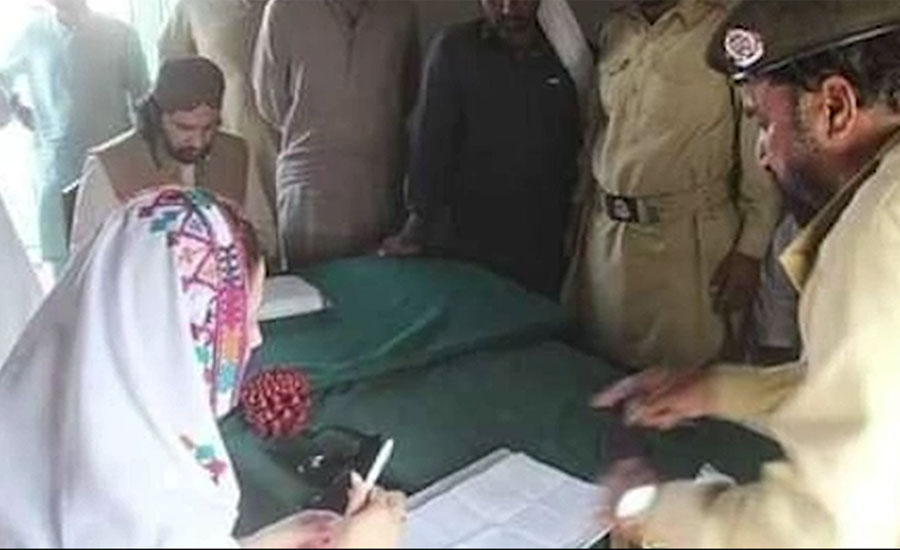 DG KHAN (92 News) – Minister of State for Climate Change Zartaj Gul Wazir on Thursday started campaign against 92 News on social media for highlighting her matter of sitting on the chair of station house officer (SHO). As per details garnered, when 92 News highlighted the matter of Zartaj her sitting on the office chair belonging to the Border Military Force (BMF) in-charge, the federal minister felt it bad and she posted her message on the social media and opened baseless war of words against 92 News. Minister for Climate Zartaj Gul always talked about the law and order but the fact is contrary to it. A few days ago, she was on a visit to the tribal area of Ronghan where she understood the SHO office as her own camp office. The minister sat on the chair of SHO, however; he was standing helplessly in front of member of National Assembly (MNA). Meanwhile, the members of minister’s staff including driver were also seated on the chairs of policemen. The minister reacted badly when 92 News raised the voice against violation of law instead of excusing or explanations. Reacting to the reports, she opened a war against 92 on social media. Zartaj Gul reported fake news regarding non-custom vehicles on social media. On the planted story, she released a statement against the reporter of 92 News and demanded to remove correspondent from the organization. Such attitude of those leaders – who secured vote on the name of change – is highly regrettable. This is the ‘change’ which the public gave mandate to Pakistan Tehreek-e-Insaf (PTI). Which law allowed to MNA or minister for issuing order on sitting on the chair of police officer? Earlier, Zartaj gul came under strict criticism for a picture that went viral over the internet which shows her seated in a chair belonging to the Border Military Force (BMF) in-charge.