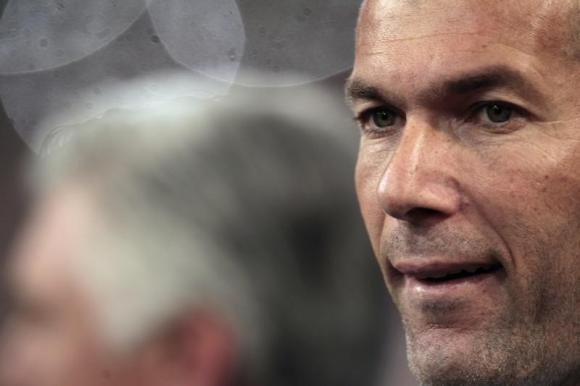 BERLIN - Former World Cup winner Zinedine Zidane is among seven French coaches to have taken advantage of the international break in order to head to German champions Bayern Munich for a three-day visit. The group comprises Zidane, assistant coach of Real Madrid's B team, Girondins Bordeaux boss Willy Sagnol, former Bastia manager Claude Makelele, Guy Lacombe, Bernard Diomede, Claude Le Roy and Franck Thivilier. Sagnol played for Bayern from 2000 to 2009 but Zidane, a triple World Player of the Year and 1998 World Cup winner, is the highest-profile of the visitors. The seven met chief executive Karl-Heinz Rummenigge on Monday and will monitor training under Spaniard Pep Guardiola on Tuesday and Wednesday, Bayern said. The Bavarians are enjoying one of the most successful spells in their 115-year history, having won the Champions League once and reached the final twice more in the past five seasons. They are also on track for a repeat of the 2013 treble, 10 points clear in the Bundesliga and still in contention for German Cup and Champions League glory. Bayern are also flush with cash. Turnover in the last fiscal year was in excess of 500 million euros (366 million pounds) and they have also paid off their Allianz Arena stadium ahead of time. - Reuters