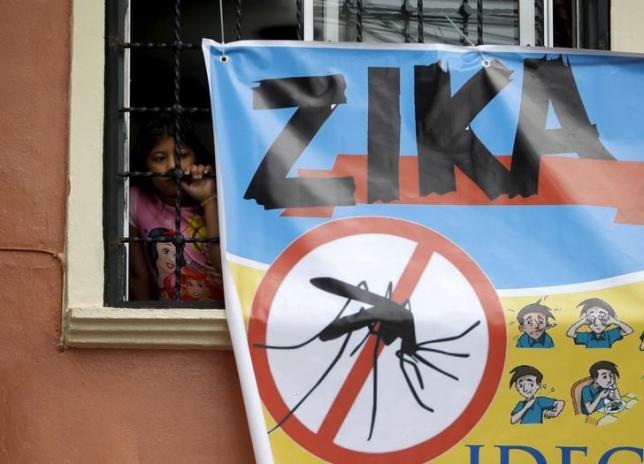 TEGUCIGALPA - The rapidly spreading Zika virus is discouraging many Americans from traveling to Latin America and the Caribbean, with 41 percent of those aware of the disease saying they are less likely to take such a trip, a Reuters/Ipsos poll shows.

The poll is the latest sign the virus, suspected to be linked to thousands of birth defects in Brazil, could depress travel to popular cold-weather getaways in the coming months.

Airlines and cruise ship operators have yet to report drops in bookings because of Zika, and analysts have downplayed the impact that newly sedentary parents-to-be could have on their revenue.

Still, awareness of the mosquito-borne virus has surged to nearly two-thirds of Americans, according to the poll of 1,595 adults in the United States conducted Feb. 1-5. That compares with 45 percent who had heard of Zika in a Reuters/Ipsos poll from late January.

"I am actively trying to get pregnant with my husband, so I am a little bit concerned," said Erica, a respondent who said she was bitten by a mosquito during a January trip to the US Virgin Islands, where Zika has been reported.

The US Centers for Disease Control and Prevention (CDC) has advised pregnant women to avoid travel to areas with an active outbreak of Zika, and the World Health Organization has declared an international emergency over the disease.

Erica, who asked only to be identified by her first name for personal reasons, said she no longer plans to visit Jamaica this summer to celebrate her wedding anniversary. "We’ve definitely gone back to the drawing board on that," she said, referring to the island, which is on the CDC warning list.

Of those aware of the virus, 41 percent said they were less likely to travel to Puerto Rico, Mexico or South America in the next 12 months because of Zika, the poll found. Some 48 percent said Zika had not changed the likelihood of their visiting those destinations, while others did not know.

Six out of 10 Americans aware of Zika said the virus concerned them, including 18 percent who said they were very concerned, according to the poll. "It's contagious, and it's new," said respondent Toni Brockington, 42, who lives near Fort Bragg, California, and had considered visiting Mexico before learning about the outbreak. "The virus, along with the reports of violence and drugs and tourist ransoms, is making it less and less attractive."

Much remains unknown about Zika, including whether the virus actually causes the birth defect microcephaly. Brazil is investigating the potential link between Zika infections and more than 4,000 suspected cases of microcephaly, a condition marked by abnormally small head size that can result in developmental problems.

Researchers have identified evidence of Zika infection in 17 of these cases, either in the baby or in the mother, but have not confirmed that Zika can cause microcephaly. The poll of Americans' concerns and travel plans have a credibility interval - a measure of accuracy - of 3.8 percentage points. -Reuters