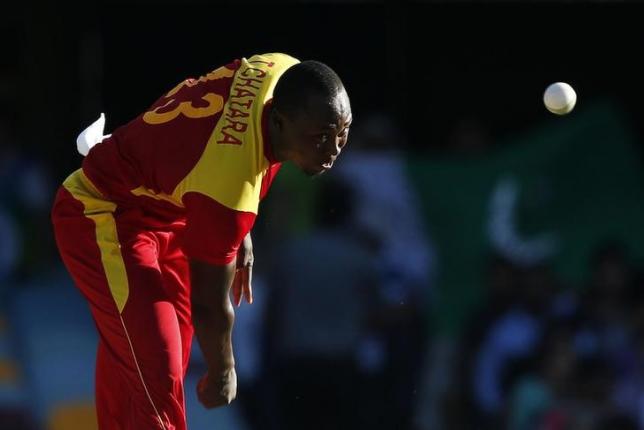 HARARE - Zimbabwe strike bowler Tendai Chatara has been ruled out of the Test series against New Zealand after hurting his ankle, Zimbabwe Cricket announced on Monday. The 25-year-old was expected to spearhead the home side's attack in two Tests in Bulawayo, starting on Thursday. He injured his ankle bowling for Zimbabwe A on the first day of their three-day match against the tourists in Harare which finished in an easy 259-run win for New Zealand on Sunday. Chatara, who fractured his leg playing a casual game of soccer last year, will be replaced in the Zimbabwe squad by Michael Chinouya, 30, who has only two one-day internationals to his name. Chatara is the second Zimbabwe seamer to be ruled out after Tinashe Panyangara also failed to recover from a back problem in time for the series. Zimbabwe will be playing their first Test series in almost 20 months. Both Tests are at the Queens Sports Club. The second is from August 6-10. -Reuters