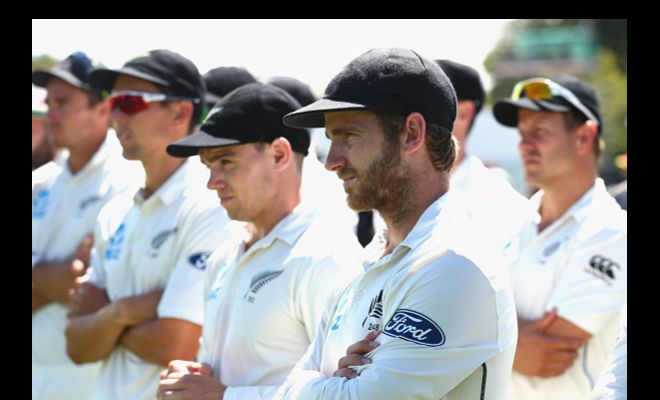 BULAWAYO - Zimbabwe captain Graeme Cremer won the toss and opted to bat on what is expected to be a flat pitch in the first test of the two-match series against New Zealand at the Queen's Sports Club on Thursday. The tourists go into the match as overwhelming favourites against a Zimbabwe side that have just played 10 tests in the last four years. The hosts have handed debuts to opener Chamu Chibhabha, all-rounder Prince Masvaure and seamer Michael Chinouya, while Cremer will lead the side for the first time. New Zealand opted for a seam attack that included Tim Southee, Neil Wagner and Trent Boult, as well as the spin variety of Ish Sodhi, Mitchell Santner and Williamson, who is also captaining for the first time in tests. The match is a first test for Zimbabwe in almost two years having last played away in Bangladesh in November 2014. And it will be the first time they will play in Bulawayo since losing to New Zealand by 34 runs in a one-off test five years ago. They will do well to run the tourists so close again. Zimbabwe's record at the Queen's Sports Club is poor with just a single victory in 19 matches played there to go with 11 defeats. They have never beaten New Zealand in a five-day game, suffering nine losses in the 15 matches played. Teams: Zimbabwe: Chamu Chibhabha, Brian Chari, Hamilton Masakadza, Craig Ervine, Sean Williams, Sikandar Raza, Prince Masvaure, Regis Chakabva, Graeme Cremer (captain), Donald Tiripano, Michael Chinouya New Zealand: Martin Guptill, Tom Latham, Kane Williamson (captain), Ross Taylor, Henry Nicholls, Mitchell Santner, BJ Watling, Ish Sodhi, Tim Southee, Neil Wagner, Trent Boult -Reuters