Zimbabwe's Mugabe has until noon to stand down or face impeachment 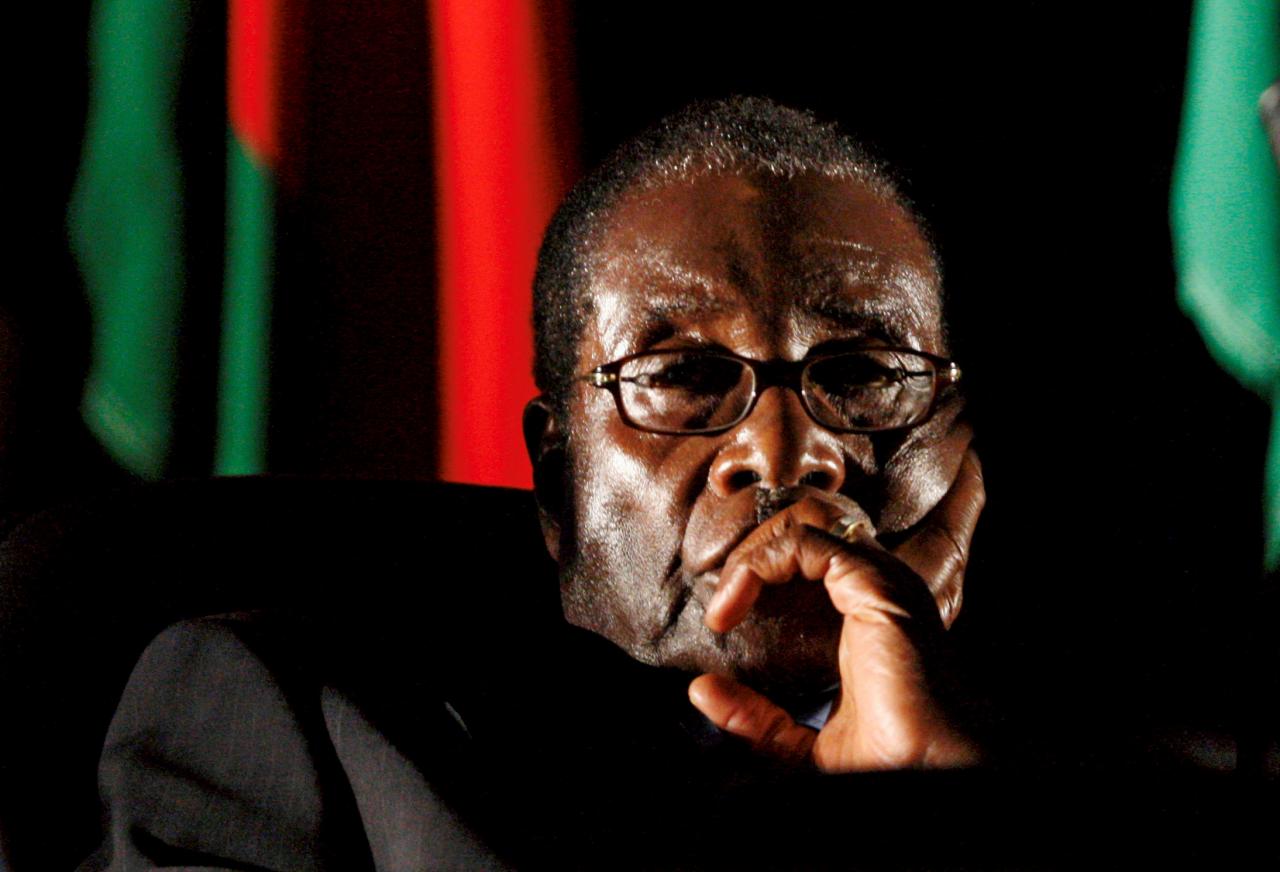 Zimbabwe's Mugabe has until noon to stand down or face impeachment

HARARE (Reuters) - Zimbabwean President Robert Mugabe has until noon (1000 GMT) on Monday to stand down or the ruling ZANU-PF will begin impeachment proceedings after the 93-year-old leader defied expectations he would resign. Mugabe stunned Zimbabweans in a rambling late night Sunday television address by avoiding any mention of resignation, pledging instead to preside over a congress next month of ZANU-PF, which had sacked him as its leader only hours earlier. Parliament does not sit on Mondays so any impeachment would have to wait until Tuesday, although a vote may not necessarily take place the same day. Zimbabwe’s liberation war veterans, who have been among the most vocal in calling for Mugabe’s resignation, will hold a media briefing at 9.30am. Moments after Mugabe’s address, war veterans leader Chris Mutsvangwa told Reuters they would lead public protests in the streets of Harare, cranking up the pressure on Zimbabwe’s ruler of the last 37 years. Having been sacked by his party, Mugabe has run out of options but appears to be steadfastly clinging to the very last vestiges of power. There was even speculation that he read the wrong speech in his live television address, or skipped over passages about standing down. Anxious Zimbabweans have been trying to decipher a barely audible aside comment he made to military chief Constantino Chiwenga at the end of the address. In the audio, which is not clear, Mugabe refers to a “long speech” or a “wrong speech”. ZANU-PF’s central committee had earlier named Emmerson Mnangagwa as its new leader. It was Mugabe’s sacking of Mnangagwa as his vice-president - paving the way for his wife Grace to succeed him - that triggered the army to seize control on Wednesday. On Saturday, hundreds of thousands took to the streets of the capital Harare to celebrate Mugabe’s expected downfall and hail a new era for their country. The huge crowds in Harare have given a quasi-democratic veneer to the army’s intervention, backing its assertion that it was merely effecting a constitutional transfer of power, rather than a plain coup, which would risk a diplomatic backlash. But some of Mugabe’s opponents are uneasy about the prominent role played by the military, and fear Zimbabwe might be swapping one army-backed autocrat for another, rather than allowing the people to choose their next leader. Armoured vehicles manned by soldiers were still stationed on some street corners in the capital on Monday.