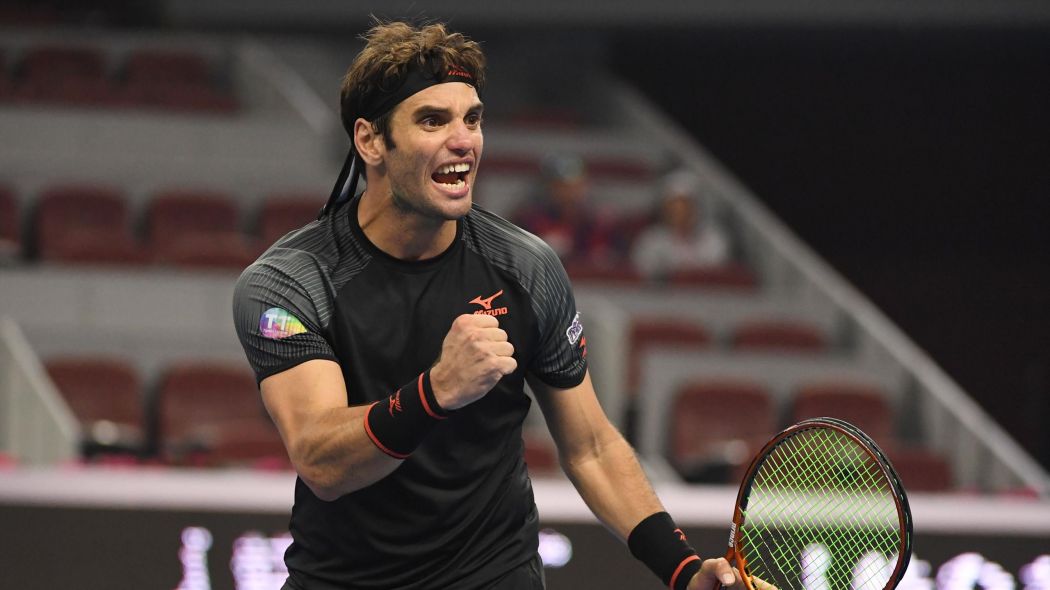 (Reuters) - German second seed Alexander Zverev suffered an early exit at the China Open as he went down 7-6(4) 2-6 6-4 to Tunisia’s Malek Jaziri on Thursday.
The world number five appeared to have righted the ship after losing the opener in a tiebreak but paid the price for failing to convert his opportunities. Jaziri, 34, executed an audacious “tweener” to win a point at 2-5 down in the second set and although Zverev still levelled he went onto claim his third victory over a top five opponent this season. Up next for the world number 61 is a first Tour meeting with Nikoloz Basilashvili. The Georgian, ranked 34 in the world, overcame Spain’s Fernando Verdasco 7-6(3) 6-4. Italy’s Fabio Fognini thumped Andrey Rublev 6-4 6-3 and will take on world number 45 Marton Fucsovics for the first time. Hungarian Fucsovics beat surprise French Open semi-finalist Marco Cecchinato of Italy 6-4 6-2. “It’s going to be a tough match because he (Fucsovics) is great, he played really well today,” Fognini, currently ranked 11th in the race for the ATP World Tour Finals, said. Top seed Juan Martin del Potro, who has already clinched his place in next month’s season-ending tournament in London, will meet Serbia’s Filip Krajinovic on Friday. Briton Kyle Edmund takes on Dusan Lajovic in another last-eight clash.