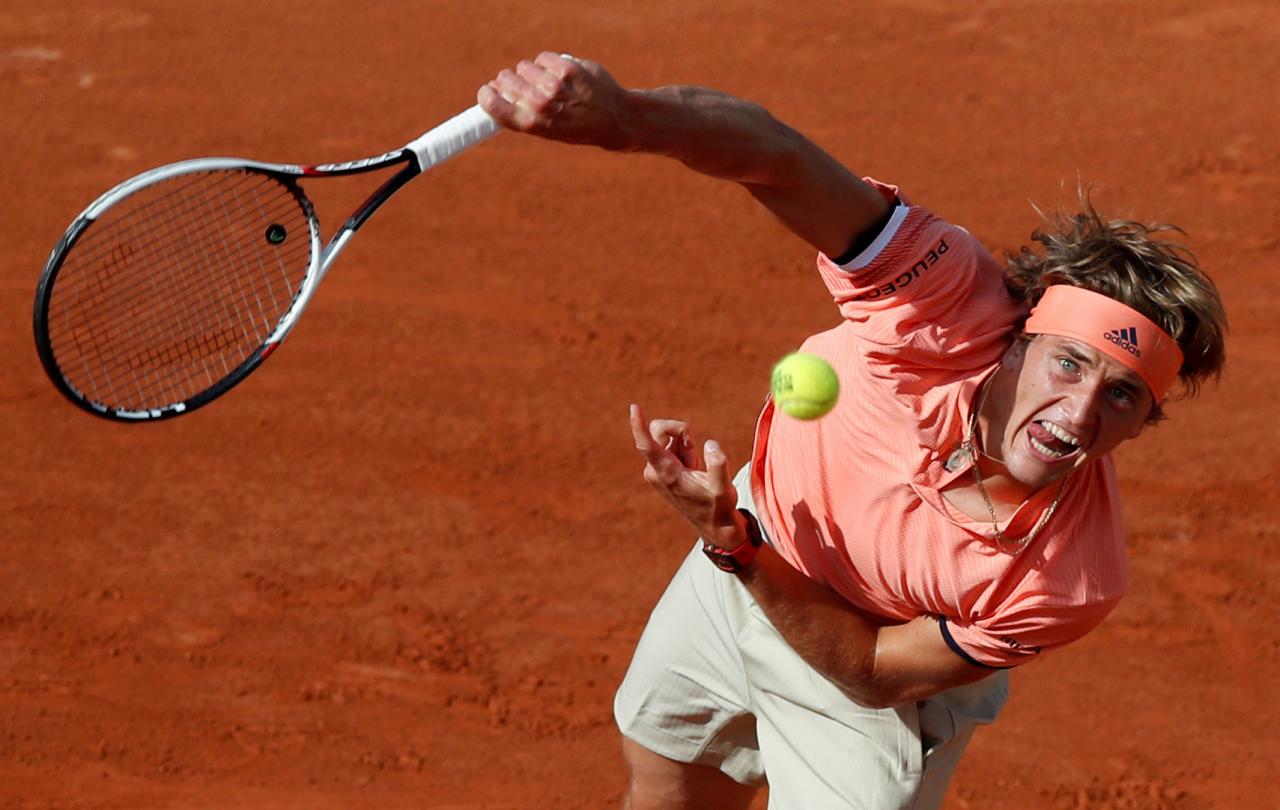 PARIS (Reuters) - Second seed Alexander Zverev will resume his quest for a maiden Grand Slam title against Bosnian Damir Dzumhur in the third round of the French Open on Friday. The German has never reached the last 16 at Roland Garros and has lost his only other meeting with Dzumhur — in the quarter-finals of last year’s Shenzhen Open. Former champion Novak Djokovic faces a stern test against Spain’s Roberto Bautista Agut, the 13th seed, especially as the Serb has been far from his clinical best so far. Seventh seed Dominic Thiem, the only player to beat favourite Rafael Nadal on clay this season, plays Italian Matteo Berrettini in the Bullring in one of the day’s last matches. In the women’s draw, second seed Caroline Wozniacki of Denmark takes on France’s Pauline Parmentier for a place in the fourth round. Wozniacki demolished Spaniard Georgina Garcia Perez 6-1 6-0 to reach round three and while she has a 3-1 head-to-head lead over Parmentier, the Dane was beaten by the Frenchwoman in Istanbul on clay earlier this year. US Open champion Sloane Stephens is also in action, the 10th seed taking on Italy’s Camila Giorgi, while fellow American Madison Keys meets talented Japanese youngster Naomi Osaka.