Adele's '25': Streaming or not, a monster hit before its release 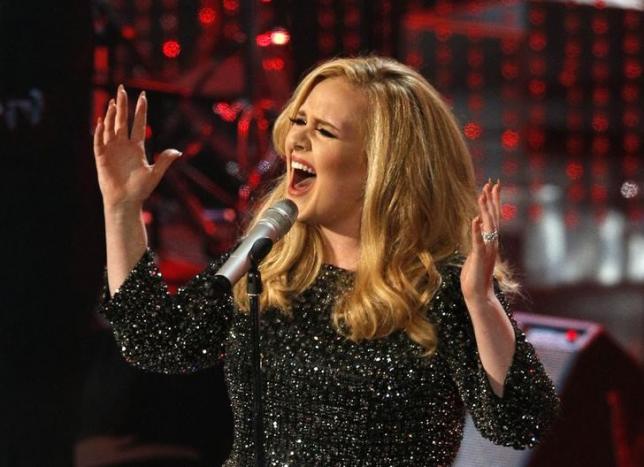 Adele's '25': Streaming or not, a monster hit before its release

LONDON - Adele's album "25" is released worldwide on Friday, and even though it will not be on streaming services like Spotify and Deezer, industry analysts are expecting it to be the hit of the year. Following in the footsteps of Taylor Swift, who withheld her album "1989" from Spotify because she did not want it streamed for free, Adele's followup to her 2011 hit album "21," which sold 30 million copies worldwide and won six Grammys, is available for download or as a CD, but not for streaming. Spotify and Deezer, two of the main streamers, said on Thursday they would not carry it, though they hoped that would change. There was no immediate comment from Apple Music or Google Play. "My own personal view is that record is so massive it wouldn't make any difference" if it were available for streaming or not, industry analyst Keith Jopling told Reuters, speaking hours before it was known the album would not be streamed. "Hello," the first single from the album, released at the end of October, has logged more than 400 million plays on YouTube and topped the U.S. charts for the past three weeks. Trade publication Billboard, citing unidentified sources, said Columbia Records will ship 3.6 million physical copies of the new album in the United States, which could be the largest number of new release CDs shipped in the past decade. Adele, who took a career break to have her first child, says in a BBC television interview to be aired on Friday that the success of "21" was daunting, but she was determined to make a comeback. "I just got really worried that I was never going to make anything that anyone liked again," she says, according to quotes from the interview posted on the BBC website. "I started to wonder if '21', being so successful, was enough for everyone," she says. "But I realised it wasn't enough for me. So, sorry, I'm here to make your ears bleed again." Early indications are she need not have worried. In addition to "Hello" topping the U.S. charts, advance sales of "25" have made it the best-selling album on Amazon.com's British and U.S. sites, according to the retailer. "I think the odds are in favour of '25' being a huge success because there's so much anticipation," British-based music industry consultant Mark Mulligan of MIDiA Research said. Critical reaction from music journalists who had access to advance copies suggest fans won't be disappointed but perhaps "25" will not be the seminal experience "21" was for listeners. Alexis Petridis, writing in the Guardian, said the album's success was a foregone conclusion, but its content was patchy. "'Hello' is a pretty bulletproof bit of songwriting, and 'All I Ask' sounds appealingly like the showstopping ballad from a hugely successful Broadway musical. Often, though, it slinks unremarkably into the middle of the road," he said. -Reuters