Adjournment motion in Senate on US President Obama’s statement 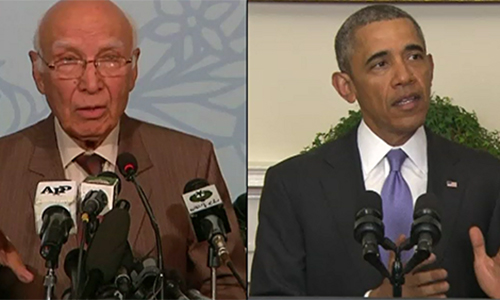 Adjournment motion in Senate on US President Obama’s statement

ISLAMABAD (92 News) – An adjournment motion was tabled in the Senate on the statement of US President Barack Obama on Monday.

PM’s Adviser on Foreign Affairs Sartaj Aziz said that they would take the statement of the American president as a challenge.

“We have offered sacrifices. The Obama’s speech reflects old thought,” he said.