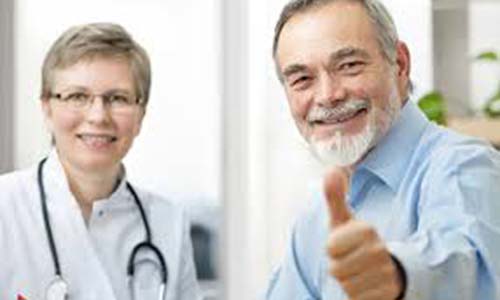 MINNESOTA – People who were told their genetic risk for heart disease had lower levels of LDL, the so-called bad cholesterol, six months later, according to a new study that offers a first glimpse of how doctors might use genetic information in clinical practice. In the study presented on Monday at the American Heart Association meeting in Orlando, Florida, researchers at Mayo Clinic in Rochester, Minnesota, tested the theory that incorporating genetic risk information into an assessment of a person's heart disease risk could lead to lower levels of LDL, the portion of cholesterol that leads to heart attacks and strokes. To do this, the team studied a group of some 200 people aged 45-65 who were at intermediate risk of heart disease and were not taking cholesterol-lowering drugs known as statins. Half of the patients were told their 10-year risk scores based on a conventional heart risk calculator that takes into account factors such as smoking status, blood pressure and cholesterol levels. In the other half of the study, the patients were given a risk score that also included an assessment of 28 genes known to increase heart disease risk. Participants in each group were told about ways to modify their risk, including taking a statin. "What we found is six months after the risk disclosure, the LDL cholesterol in those who got the genetic risk information was about 10 points lower, which was statistically significant," said Dr. Iftikhar Kullo, a Mayo Clinic cardiologist who led the study, said in a telephone interview. Kullo said the drop in bad cholesterol was because more people who were told genetic risk of heart disease were more likely to decide to take statin medications. He said the study is the first to show that sharing genetic risk information about a common disease can be used by doctors to change an important measure of health, such as LDL cholesterol. "We gave them this information, people were able to understand it, the physician was able to act on it and a decision was made more often to start therapy, and that resulted in lowering LDL cholesterol," Kullo said. Kullo said the findings need to be replicated in a larger trial, but the findings were meaningful. "Anything that has lowered LDL has lowered risk of heart disease," Kullo said. –Reuters