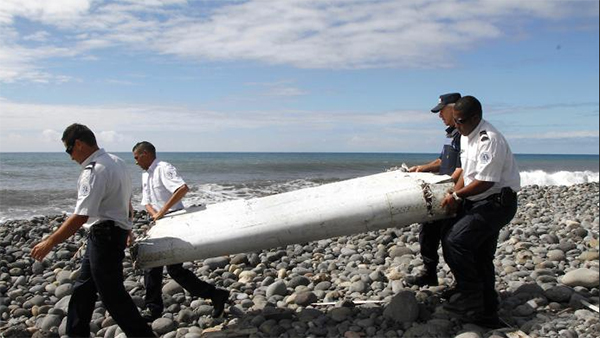 PARIS - An Air France flight said to be carrying plane debris that washed up on the Indian Ocean island of Reunion and may belong to the vanished Malaysia Airlines Boeing 777 has arrived in Paris for investigators to study its origin. According to a Reuters witness at the airport and Agence France Presse, the flight landed at Orly airport at 04:17 GMT. The debris will be delivered to a military unit near the southwest city of Toulouse specialised in analysing aviation wreckage. In May 2014, Malaysia Airlines flight 370 disappeared after veering off course from Kuala Lumpur to Beijing with 239 passengers and crew on board. -Reuters