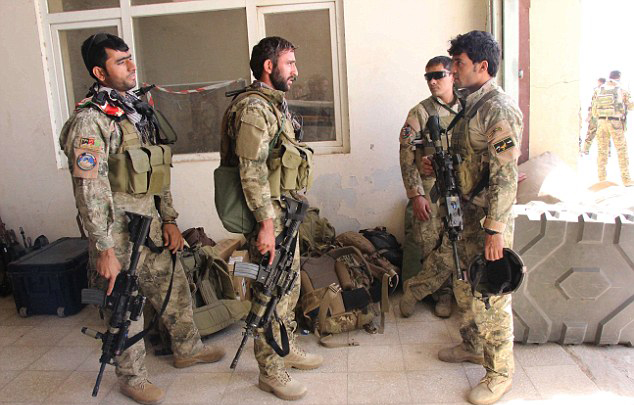 KABUL - Afghan security forces have launched an operation on Wednesday to rescue 18 people who Taliban insurgents captured after their helicopter made an emergency landing in territory under militant control, the Ministry of Defence said. The MI-17 helicopter owned by a private foreign company made an emergency landing in the northern province of Faryab on Tuesday after it developed a technical problem, it said. "The insurgents then attacked and as a result two soldiers and one member of the crew were killed ... 18 people were captured," the ministry said in a statement. "Security forces have started a clearance operation to free the captives." The Taliban, fighting to expel foreign forces and bring down the US-backed government, have made gains over the past year outside their southern and eastern heartlands and into northern areas including Faryab. The ministry did not identify the captives or say if they were soldiers or civilians, or if any foreigners were among them. Police said on Tuesday 13 government soldiers had been captured. A US defence official, speaking on condition of anonymity on Tuesday, did not comment on the incident itself but denied claims on Twitter that any US military personnel had been captured. The ministry did not identify the company that operates the helicopter. -Reuters