During the meeting, the prime minister and the Afghan president discussed regional security and the ongoing peace process.

The Afghan president, who is in the country on a two-day official visit on the invitation of Prime Minister Imran Khan was given a guard of honour on arrival at the Prime Minister’s House.

The Afghan president visited on the invitation of Prime Minister Imran Khan for strengthening ties between the two countries. 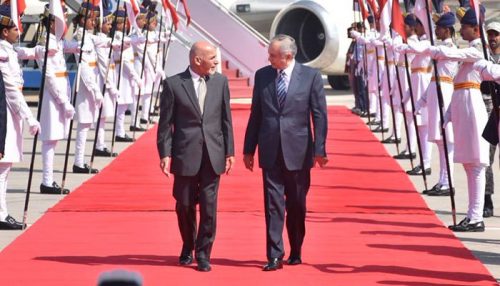 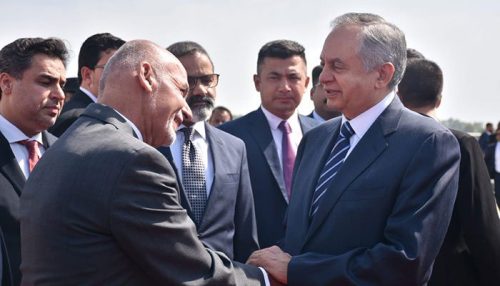 The honourable guest was given the 21-gun salute welcome.

The Afghan president is scheduled to travel to Lahore, where he will address the business community and pray at the Badshahi Mosque.

It is pertinent to mention here that Afghan President Ashraf Ghani visited Pakistan back in 2014 to participate in the Heart of Asia Conference, held in Islamabad. The visit becomes doubly important after the first Afghan peace conference titled ‘Lahore Process’ held on June 22 in Bhurban Murree.

More than 50 delegates, including heads of all Afghan political parties and the political advisor to Afghan President Ashraf Ghani, attended the moot. Former Afghan warlord Gulbuddin Hekmatyar, senators and members of Afghan parliament are also in attendance.

Earlier, Foreign Office spokesperson Dr Faisal said that the Afghani president is arriving in Pakistan along with a high-level delegation including businessmen.

On January 17, 2019, Afghan President Ashraf Ghani had phoned Prime Minister Imran Khan and expressed his satisfaction over Pakistan’s role for peace in Afghanistan.

They had also discussed the matter pertaining to border security. Both leaders discussed the recent efforts for peace and reconciliation in Afghanistan.

President Ghani had also expressed his gratitude for Pakistan’s sincere facilitation of these efforts, initiated by the US Special Representative for Peace and Reconciliation in Afghanistan Zamlay Khalilzad.

Prime Minister Imran Khan assured President Ghani that Pakistan was making sincere efforts for a negotiated settlement of the conflict in Afghanistan through an inclusive peace process as part of shared responsibility.