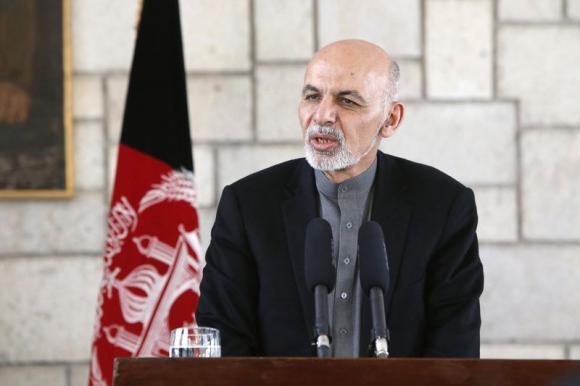 KABUL (Reuters) - Afghan President Ashraf Ghani has ordered a review of all military logistics contracts after cancelling a $280 million fuel supply deal over allegations the bidding process was rigged, officials said. Ghani, who was sworn in as president last year to replace long-time leader Hamid Karzai, has vowed to root out endemic graft. Afghanistan was ranked as the world's fourth most corrupt country last year by the watchdog Transparency International. The move to tackle corruption comes ahead of Ghani's visit to the United States later this month as the president seeks to reassure aid donors that cash will be more carefully spent than in the past. Twelve logistics contracts - from uniforms to rice for the troops - are being scrutinized, according to Hamidullah Farooqi, an economist appointed to lead the inquiry. "We expect to have the first stage done in the next week or two," Farooqi said, declining further comment. The probe comes after officials with the US Special Inspector General for Afghanistan Reconstruction - which monitors the more than $100 billion spent on Afghanistan reconstruction - met Ghani to discuss concerns about reports of bid rigging during the fuel tender process. During his US visit from March 22-25, Ghani is expected to lobby Washington to slow the planned withdrawal of troops from the country through 2016. Since taking office in September, Ghani has worked hard to rebuild ties with its greatest benefactor, after relations with his predecessor soured. An Afghan government official confirmed the fuel contracts had been cancelled because of the US investigation. "The president has appointed a delegation to investigate all logistics contracts, including fuel," said the official, who asked not to be identified due to the sensitivity of the matter.