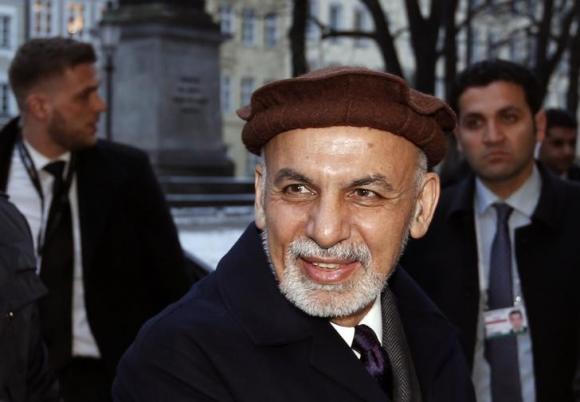 KABUL - Afghan President Ashraf Ghani said on Saturday he would not compromise on the social freedoms introduced since the Taliban's 2001 ouster as his government works towards opening peace talks with the insurgents to end Afghanistan's long war. "We will not let the price of peace be greater than the price of war," Ghani said in a speech before Parliament after the body's winter recess. "We will firmly safeguard the achievements of the past 13 years under former President Karzai," he said. Ghani did not refer to specific achievements, but these might include more rights for women and greater freedom of speech. His assurances came two weeks after officials in Pakistan and Afghanistan said the Afghan Taliban had signalled they were willing to open peace talks with Kabul, a push that appeared to be driven by Afghanistan, Pakistan and China, which recently offered to help broker the talks. The possibility of the Afghan government opening negotiations with the Taliban raised hopes for peace efforts, which failed to get off the ground under Afghanistan's previous government. But the reports have also been met with some ambivalence, due in part to concerns that not all elements of the Taliban, now a fractured group, may be on board. Taliban representatives have publicly cast doubt on the possibility of talks. Ghani has not commented directly on the reports the Taliban are finally ready to open negotiations. But he said in Saturday's speech that he has started "consultation meetings" within Afghanistan on the peace process, in which he called for religious leaders, politicians, women and youth to be involved. "Peace is a national issue, not only government's responsibility," Ghani said. With the departure of most US and other foreign troops at the end of last year, Afghan security forces have been struggling to defeat the insurgency, while the Taliban have been unable to hold much territory. The number of Afghan security forces fell sharply last year, due in part to desertions and casualties, according to US military data released on Tuesday. Ghani said on Saturday the notion Afghan security forces were losing morale was a false impression. –Reuters