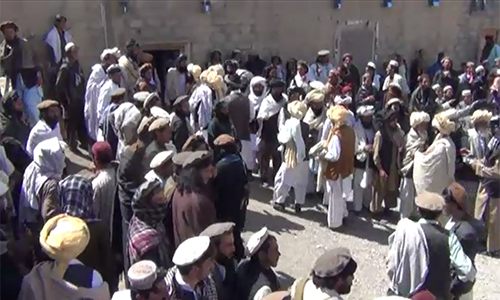 KABUL – Afghan Taliban has decided to hold talks with America directly instead of the Kabul government, reported 92 News. The Afghna Taliban have also reactivated their office in Doha. Mullah Akhtar Mansoor has appointed Abbas Stankzai as the office in-charge, while Abdus Salam Hanfi its deputy. Moreover, Mullah Akhtar Mansoor has removed three members of the Markazi Shoora who had opposed him.