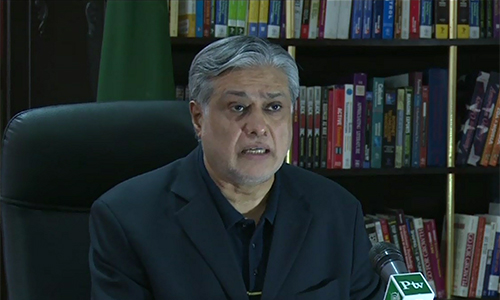 ISLAMABAD (92 News) – Federal Finance Minister Ishaq Dar has on Monday said that Afghanistan should ease the visa requirements for Pakistani traders. Addressing the inaugural session of Pak-Afghan Joint Economic Commission on Monday, Ishaq Dar said that the relations between Afghanistan and Pakistan have improved after the visit of Afghan President Ashraf Ghani. “The two countries need to take steps to strengthen relations,” Dar said. Finance minister said that the trade volume between the two countries could be increased to US$ 5 billion till next year and demanded the Afghan government to increase visa requirements for Pakistani traders. On the occasion, Afghan Finance Minister said that Pakistan and Afghanistan are working together to eliminate the menace of terrorism, adding that Afghanistan is implementing on all agreement signed by the two countries.