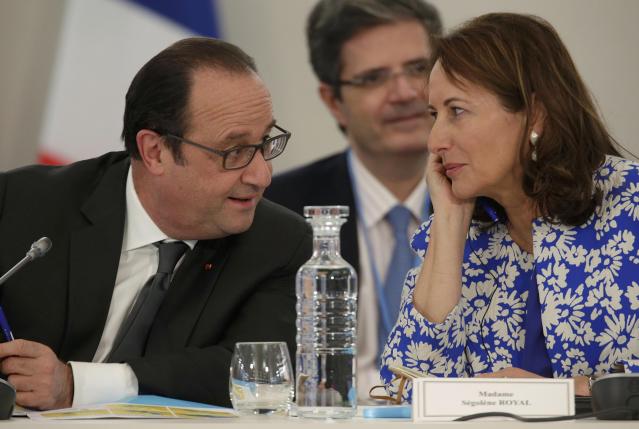 PARIS – With encouragement from 150 world leaders ringing in their ears, government negotiators in Paris sought on Tuesday to turn that rhetoric of unity into the text of a global deal to slow climate change.

But as the leaders departed Paris, it became apparent that disagreements which have blocked a deal over four years of lead-up negotiations remain unresolved.

Negotiators from the 195 countries with a place at the table resumed work on a draft text that still runs to more than 50 pages and is riddled with sticky issues to be settled.

The biggest obstacle is money: how to come up with the billions of dollars developing nations need to shift from fossil fuels and adapt to the impacts of climate change.

At Tuesday's technical talks, countries restated their well-known negotiating positions on the question with few hints of compromise.

China's delegate Su Wei "noted with concern" what he called a lack of commitment by the rich to make deep cuts in greenhouse gas emissions and help developing nations with new finance to tackle global warming.

And the group of the 48 least developed countries urged far tougher action to limit rising temperatures.

"It's back to the nitty gritty," said Alden Meyer, of the Union of Concerned Scientists, adding the opening day was "all good but that does not resolve the crunch issues."

Certainly there was still some hangover of goodwill from Monday, when a parade of leaders stepped to the podium to assert the imperative of getting a deal.

Many delegates said the large turnout of leaders, almost all expressing sympathy for the French people after attacks by Islamic State militants killed 130 in Paris this month, set a less hostile tone than the one that prevailed in the last talks in Copenhagen in 2009.

French President Francois Hollande said he was encouraged by the start of a conference that is planned to run until Dec. 11. "It's set off well but it has to arrive too," he told reporters.

The mood had also been brightened by major spending announcements, including a plan by India and France to mobilize $1 trillion for solar power for some of the world's poorest people and a private sector initiative led by Microsoft co-founder Bill Gates to mobilize billions of dollars for new energy research and development.

A deal in Paris would be by far the strongest ever agreed to bind both rich and poor nations to limit greenhouse gas emissions, which scientists say have blanketed the earth, raised global temperatures and begun upending the planet's climate system.

But Tuesday showed that the Paris talks are still taking place under the shadow of politics-as-usual back home.

In the United States, Republicans have signaled they will oppose authorizing the billions of dollars that President Barack Obama has pledged to help developing nations adapt to climate change.

In response, Obama told reporters before boarding Air Force One to return to the United States that the impacts of climate change will force any future U.S. president -- Democrat or Republican -- to act.

"Everybody else is taking climate change really seriously," he said of world leaders in Paris, adding: "People should be confident that we'll meet our commitments on this."

Developing nations want the rich to pledge rising amounts beyond the current goal of $100 billion a year by 2020 to help them obtain clean energy sources and adapt to the effects of climate change, ranging from more floods to droughts and intense storms.

Other disputes concern how to define a long-term goal for reducing or phasing out fossil fuels this century.

So far, pledges made by 184 countries to curb greenhouse gas emissions beyond 2020, made in the run-up to the Paris summit, are too weak to limit rising global temperatures to 2 degrees Celsius (3.6 Fahrenheit) above pre-industrial times. That is widely viewed as a threshold for dangerous and potentially catastrophic changes in the planet's climate system.

As negotiators grapple with the details, they also appear motivated by the fearful consequences of failing to get an agreement.

"Leaders still have the scars of Copenhagen on their hearts and brains," said Yvo de Boer, who was the U.N.'s climate chief in Copenhagen.

De Boer, who works for the Global Green Growth Institute, said Monday's big turnout was encouraging for a deal - but acknowledged the challenge ahead.

"The elephant in the room is still finance," he said. –Reuters