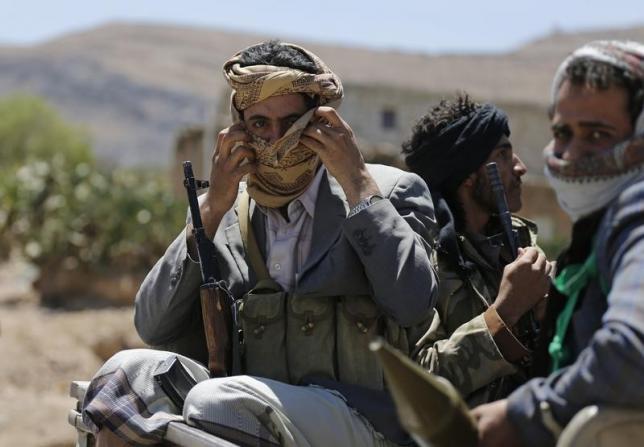 Residents said the militants launched a surprise attack on Zinjibar and Jaar and overcame local forces, then set up checkpoints at the entries to the towns and announced their takeover over loudspeakers after dawn prayers.

The capture of the towns highlights how al Qaeda has taken advantage of the collapse of central authority in Yemen, where a Saudi-led coalition has been embroiled in an eight-month war against Shi'ite Houthis. The Houthis captured the capital, Sanaa, and large parts of the country over the past year.

"The entrance of al Qaeda this time happened in the absence of any state institutions, which al Qaeda exploited," said Zinjibar resident Fadl Mohammed Mubarak.

Jaar and Zinjibar, the capital of Abyan province, are about 50 km (30 miles) east of the main port city of Aden. They had fallen previously to militants from al Qaeda in the Arabian Peninsula in 2011, who declared them as Islamic emirates.

At the time, the militants were emboldened by waning government control during Arab Spring protests, which eventually ousted former President Ali Abdullah Saleh. The Yemeni army drove the militants out just over a year later.

This time, the country is convulsed by a protracted conflict that pits the Houthi fighters and forces loyal to Saleh against the Saudi-led coalition and fighters loyal to President Abd-Rabbu Mansour Hadi.

On Wednesday, Abdullatif al-Sayed, the head of Popular Committee fighters in Abyan province, said that his forces tried to repel the attacks and that he had been informing officials what al Qaeda had been planning, but to no avail.

Sources with the Popular Committee said at least seven of their fighters had been killed in the clashes.

The Saudi-led coalition retook the port city of Aden in July, but residents have complained that the city has been sliding further into chaos as masked Islamist gunmen have appeared on its streets.

During a visit by Reuters to Jaar in late 2013, sympathy for the militants was still evident. Several attacks had targeted alleged militants, though it was unclear whether the attacks were US drone or government air strikes.

Villagers' accounts differed on whether some of the victims were members of al Qaeda, but all those Reuters spoke to at the time said some of the victims had been civilians. Tribal leaders have often warned US drone attacks were creating sympathy for al Qaeda. -Reuters