All institutions should work within their constitutional limits, says Sirajul Haq 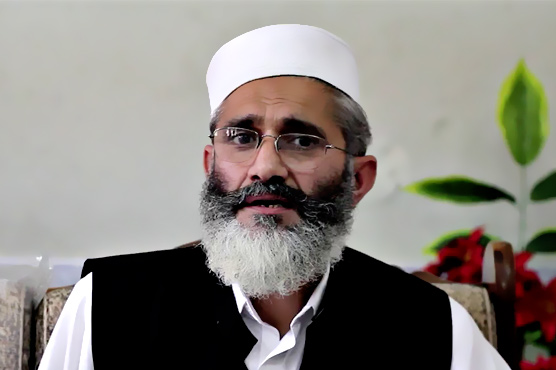 All institutions should work within their constitutional limits, says Sirajul Haq

LAHORE (92 News) – The Jamaat-e-Islami chief Senator Sirajul Haq has on Saturday said that all institutions should work within their constitutional limits. Addressing a press conference in Mansoora Lahore on Saturday, he said that they do not want the public to become sandwich in the conflict of two Sharifs. He said that the statement of Inter-Services Public Relations (ISPR) should not be taken serious, adding that if the government had to answer, the government should have used meeting or other forums. Haq welcomed Brahamdagh Bugti’s decision to hold dialogues with the government and said that the issues of Balochistan could only be resolved through dialogues. The JI chief strongly condemned terrorist attacks in Paris, adding that to accuse Muslims for terrorism is not right. Haq demanded the government to make independent economic policies to free the country from international financial institutions.