All resources to be utilized for rehabilitation of tribal people, says Governor KP Sardar Mahtab 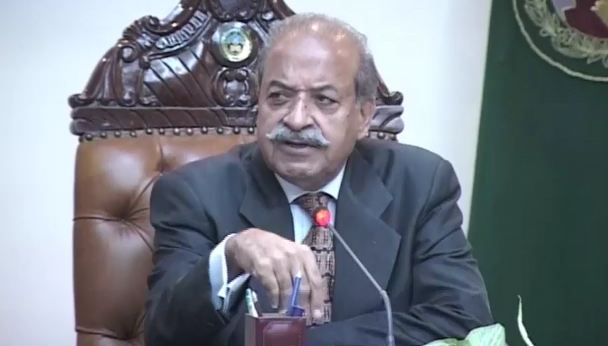 All resources to be utilized for rehabilitation of tribal people, says Governor KP Sardar Mahtab

PESHAWAR (92 News) – Khyber Pakhtunkhwa Governor Sardar Mahtab has on Tuesday said that they will not rest until the elimination of terrorists from the province and the people are standing with the armed forces in war against terrorism. Governot KP Sardar Mahtab presided over a meeting of Apex Committee regarding law and order situation in the tribal areas and return of Internally Displaced Persons (IDPs). The meeting was attended by Corps Commander Peshawar Lieutinent General Hidayat-ur-Rehman, Chief Minister Khyber Pakhtunkhwa Pervaiz Khatak, Inspector General of Police Nasir Durrani, Chief Secretary and other high ranking officials. The meeting further reviewed the progress on National Action Plan (NAP) to eliminate terrorism. Parising the sacrifices of the armed forces, the Governor said that the whole nation is standing with the armed forces. “All resources will be utilized for early withdrawal and rehabilitation of the tribal people,” he said.