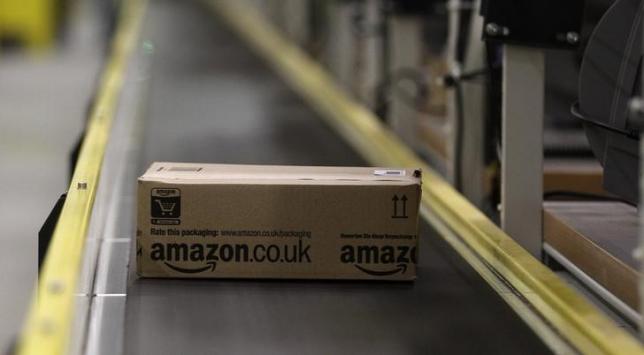 LONDON - Online retailer Amazon has stepped up the pressure on Britain's traditional supermarkets with the nationwide launch of a packaged groceries offer for Amazon Prime members. The move is the ecommerce giant's most ambitious foray into Britain's growing online grocery market but stops short of replicating its broader US Amazon Fresh service, which offers about 20,000 chilled, frozen and perishable products and items from local shops. Retail analysts have speculated the US company is gearing up for a launch of Amazon Fresh in Britain next year. The new "Amazon Pantry" service offers Amazon Prime members, who pay an annual fee of 79 pounds ($120), the choice of more than 4,000 "everyday essentials, in everyday sizes", including major brands of food and drink, household supplies, baby, child and pet care, health and beauty. Members can fill up as much of a 20 kg Amazon Pantry box as they wish for one-day delivery, with a 2.99 pound fee for the first box and 99 pence for each additional box in the same order. "Amazon Pantry has been designed to take the heavy lifting out of replenishing the often bulky basics and store cupboard essentials that people need every day," Amazon Pantry manager at Amazon UK, Helene Parthenay, said. Amazon Pantry is already available in the United States, Germany and Japan. All of Britain's big four supermarkets – market leader Tesco, Wal-Mart’s Asda, Sainsbury's and Morrisons – have seen sales and profits hit as they cut prices to stem the flow of shoppers to German discounters Aldi and Lidl. All of the so called big four have online grocery offers, with Morrisons the last to enter the market through a tie-up with Ocado. Online groceries is one of the few channels to market that is growing, though its profitability is questionable. According to industry research group IGD the UK online grocery market will nearly double to 17.2 billion pounds in the five years to 2020. Amazon has offered some food and drink items to UK customers since 2010, when it launched its Grocery Store. This year the firm added a small range of chilled and frozen items to its Prime Now service which offers one-hour delivery to customers in eligible postcodes in London and Birmingham. Amazon also said on Friday that Prime Now will be rolled out to further UK cities in the coming months. But it would not be drawn on any plans for Amazon Fresh. "We've never made any announcements about Amazon Fresh in the UK and nor would I wish to comment on rumor and speculation," said a spokesman. -Reuters