America not at war with Islam, says Barack Obama 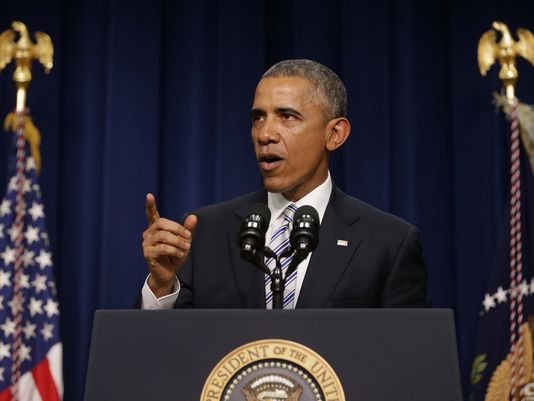 America not at war with Islam, says Barack Obama

WASHINGTON – American President Barack Obama has said that the US is not at war with Islam - and international communities should reject the theory of the clash of civilizations, 92 News reported. Addressing the White House Summit on Countering Violent Extremism on Thursday, he said that terrorists are not representatives of one billion Muslims. "No religion is responsible for terrorism — people are responsible for violence and terrorism," he said. “Military force alone will not defeat terrorism, and the nation must work with local communities to reduce the influence of those who advocate violent extremism. They are not religious leaders. "They are terrorists." Obama said that groups like the Islamic State and al-Qaeda try to portray themselves as religious leaders, holy warriors in defence of Islam. “But we must never accept the premise that they put forward, because it is a lie." He said Muslim communities have responsibilities to confront the abuse of religion.