Amgen files for US approval of biosimilar to Humira 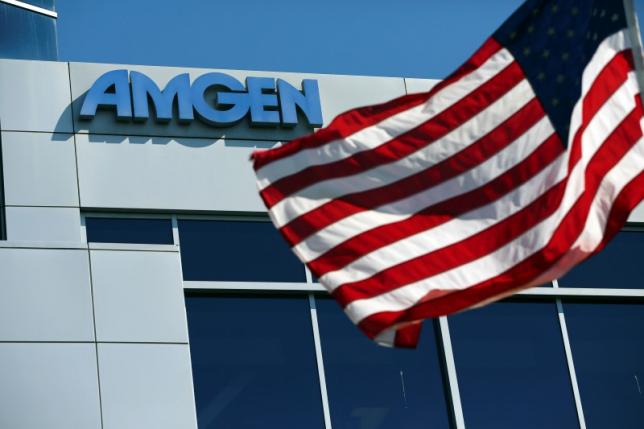 Amgen files for US approval of biosimilar to Humira

CALIFORNIA - Amgen Inc said it filed with US health regulators seeking approval to sell its first biosimilar drug, which would be a less expensive alternative to AbbVie's Humira, the world's top-selling prescription medicine. Amgen said its drug, ABP 501, has demonstrated clinical equivalence and comparable safety to Humira (adalimumab) in late stage clinical trials for rheumatoid arthritis and the skin condition plaque psoriasis. Data to support the switching of patients from Humira to ABP 501 was included in the submission to regulators, Amgen said. Several companies developing biosimilars are targeting Humira, which is still growing with annual sales approaching $13 billion. Amgen said it believes it is the first to seek approval of a Humira biosimilar with the Food and Drug Administration using the new approval pathway outlined by the agency. Unlike cheap generic versions of traditional chemical drugs, biotech medicines are made from living cells and cannot be exactly copied, thus the term biosimilar, and the need to demonstrate clinical equivalence with the target biologic treatment. Because they are far more complicated to produce, biosimilars will not offer the huge discounts of standard generics, but they are still expected to eventually generate billions of dollars in healthcare savings. "Amgen's branded biologic medicines and biosimilars are developed and manufactured according to the same high standards, and we are committed to delivering high-quality medicines to patients with serious inflammatory diseases," Amgen research chief Sean Harper said in a statement. The first biosimilar approved in the United States earlier this year is a cheaper version of Amgen's infection-fighting white blood cell booster Neupogen, produced by Swiss drugmaker Novartis. While several other Amgen products are likely to eventually face competition from less expensive versions, the world's largest biotechnology company has ambitious plans to profit from the new market for biosimilars as well. The company last year said it was developing biosimilars of nine blockbuster medicines, with plans to begin launches in 2017. Amgen Chief Executive Robert Bradway has said he expects the company's biosimilar portfolio to eventually generate more than $3 billion a year in sales. -Reuters