Anderson and Broad blow away India


LONDON (92 News) – England’s seamers ruthlessly dismantled India at Lord’s to claim victory by an innings and 159 runs and go 2-0 up in the series with three to play.

Stuart Broad (4/44) and James Anderson (4/23) were in magnificent form, exploiting favourable conditions to produce a masterclass in seam and swing to which India’s batsmen had no answer.

Chris Woakes (137*) and Sam Curran (40) had extended the hosts’ first-innings lead to 289 in the morning session of day four before Joe Root declared on 396/7 with ominous clouds overhead. England’s captain evidently sensed the opportunity to pile more pressure on India’s beleaguered batting line-up and so it proved as Anderson struck in his second over.

Having cleaned up Murali Vijay in the first innings with a beautiful delivery that jagged away late, this time Anderson induced an inside edge with a ball that came in at him on the angle and Jonny Bairstow took a simple catch. It was Vijay’s second duck of the match and his third single-figure score of the series. For Anderson, it was a 100th Test wicket at Lord’s. 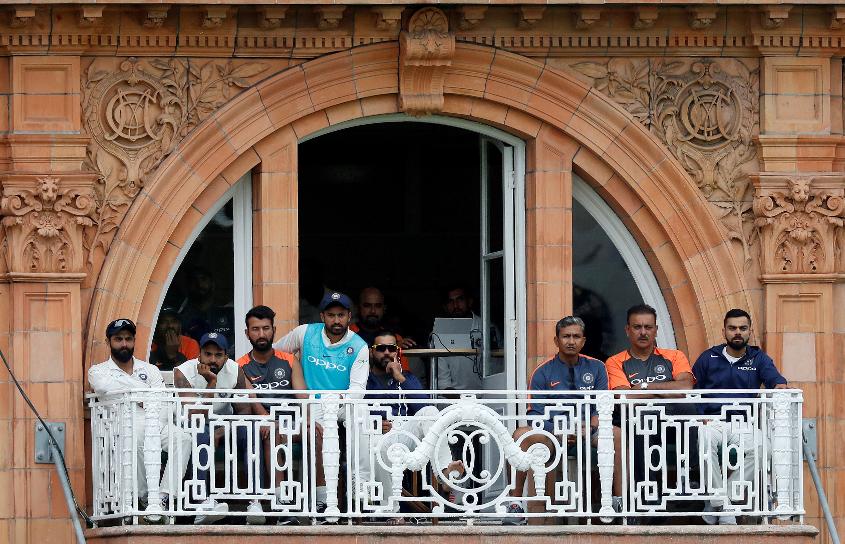 It was a day to forget for India

KL Rahul has fared little better than his opening partner so far in this series and he became Anderson’s second victim before lunch, trapped in front for 10 by a ball that swung in late.

Having watched the completion of England’s innings from the dressing room as he nursed a persistent back injury, and with India’s openers falling so rapidly, the laws dictated that Virat Kohli could not come out at No.4 as listed. Instead Ajinkya Rahane walked to the crease but he could only muster 13 before he fell to Broad for the fifth time in nine Tests. It was a loose shot, angling a wide delivery to Keaton Jennings at third slip, who took a good diving catch, to leave the tourists 35/3.

Kohli was then able to join Cheteshwar Pujara but the latter’s 87-ball vigil was ended on 17 by a superb piece of bowling from Broad who knocked back off stump with a late in-ducker. 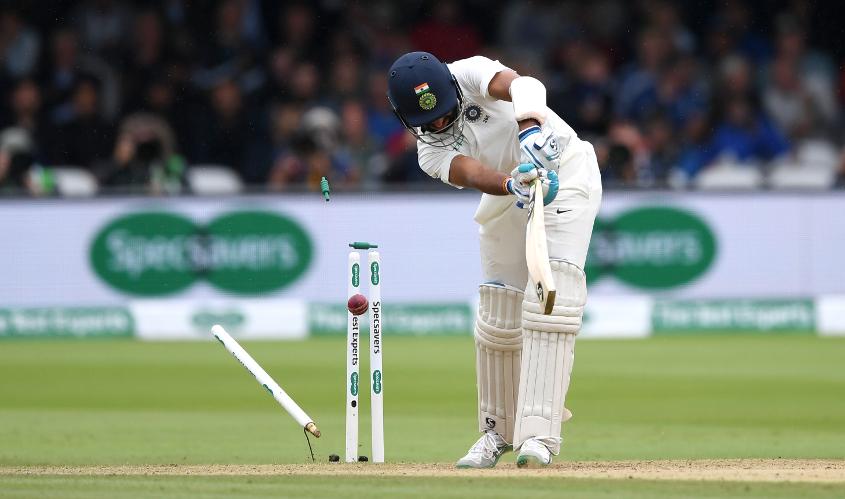 On a dismal day for the tourists, the sight of Kohli laid flat out on the floor as he received treatment for his troublesome back was a major concern looking ahead to the third Test at Trent Bridge, starting on 18 August. Clearly wincing when running between the wickets, he became Broad’s third scalp when he gloved a short delivery on to his hip and the debutant Ollie Pope held on to a smart chance at short leg.

Three immediately became four for Broad when the 32-year-old produced another booming inswinger to trap Dinesh Karthik in front of the stumps first ball with a delivery that would have gone on to hit middle.

Ravi Ashwin averted the hat-trick and played some lovely strokes which belied the testing conditions as he top-scored with 33*, but his teammates continued to struggle against the moving ball.

Woakes (2/24) continued his wonderful performance at a ground that seems to bring out the best in him by trapping Hardik Pandya (26) lbw before Anderson returned to the attack to bowl Kuldeep Yadav and dismiss Mohammed Shami lbw for ducks and leave his final match figures 9/43. 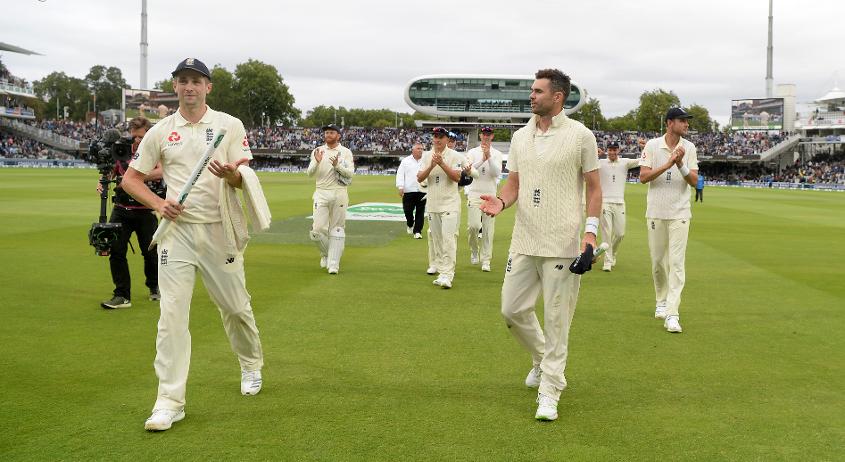 Fittingly it was Woakes, the Player of the Match, who completed the rout, Ishant Sharma glancing the ball to Pope at leg gully.

India can rightly point out that they received the worst of the batting conditions in this match but the comprehensive manner of the defeat – they batted for just 82.2 overs across two innings – will leave the tourists with plenty of food for thought as they prepare for the remaining three Tests.

Meanwhile, England are on a roll, with Anderson and Broad – combined age of 68 – bowling as well as they have ever done.