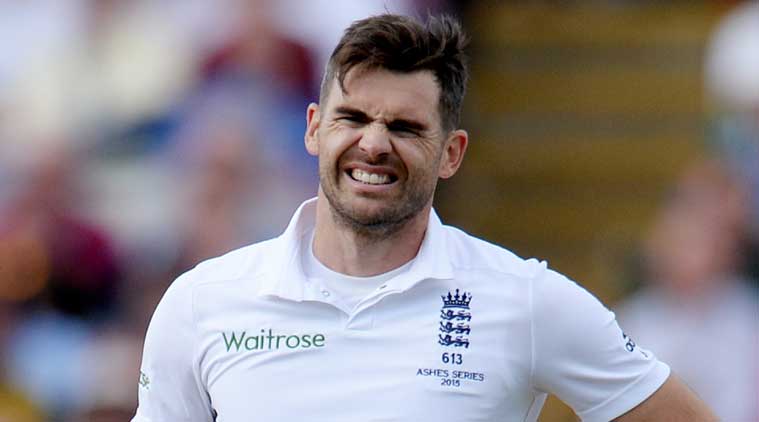 DUBAI (92 News) – England’s James Anderson and Mohammad Hafeez of Pakistan are the biggest movers in the latest ICC Test Player Rankings, which were released this morning following the conclusion of the Sharjah Test. According to a press release issued by the ICC, Anderson returned figures of four for 17 and two for 52 for which he has earned 22 points, which, in turn, has put him alongside player of the series, Yasir Shah, in second place. The wrist-spinner earned 19 points after taking seven wickets in the match. The two bowlers are now on equal points on 846 – 59 points behind South Africa’s number-one ranked Dale Steyn. Pakistan’s left-arm fast bowler Rahat Ali has also gained five places and is now on a career-high 36th position after contributing three wickets in Pakistan’s 127 runs victory. In the ICC Player Rankings for Test Batsmen, Australia captain Steve Smith has regained the number-one ranking and AB de Villiers of South Africa has moved into second position as Joe Root’s has dropped two places to third after conceding 27 points. Apart from Root, Younus Khan has slipped one place to sixth, Asad Shafiq has dropped one place to 12th, Azhar Ali has lost three places to 20th and Ian Bell has fallen one place to 31st. However, Mohammad Hafeez of Pakistan has reason to be cheerful as his contributions of 27 and 151 have helped him vault four places to a career-best 24th position. He was also adjudged player of the Sharjah Test. Hafeez had started the series in 33rd position and has gained nine places after earning 79 points during the course of the series. Former Pakistan captain Shoaib Malik has hung up his boots in 67th batting and 44th bowling spots. Shoaib lost 15 places in the batting chart after scores of 38 and 0, but gained 57 places after recording match figures of 24.5-7-59-7. Pakistan captain Misbah-ul-Haq has retained his 10th position in the batting chart but has steered his side second position in the ICC Test Championship. Pakistan last achieved number-two spot under Inzamam-ul-Haq in August 2006, immediately prior to losing the series in England. Pakistan very briefly enjoyed number-one position under Imran Khan in 1988 and remained the second-ranked side for much of the early 1990s. Third-ranked Australia trails Pakistan by a fraction of a point but will reclaim second position if it beats New Zealand by 1-0 or better. In this scenario, England will also move ahead of New Zealand in fifth position as the two sides are currently locked on 99 points each.