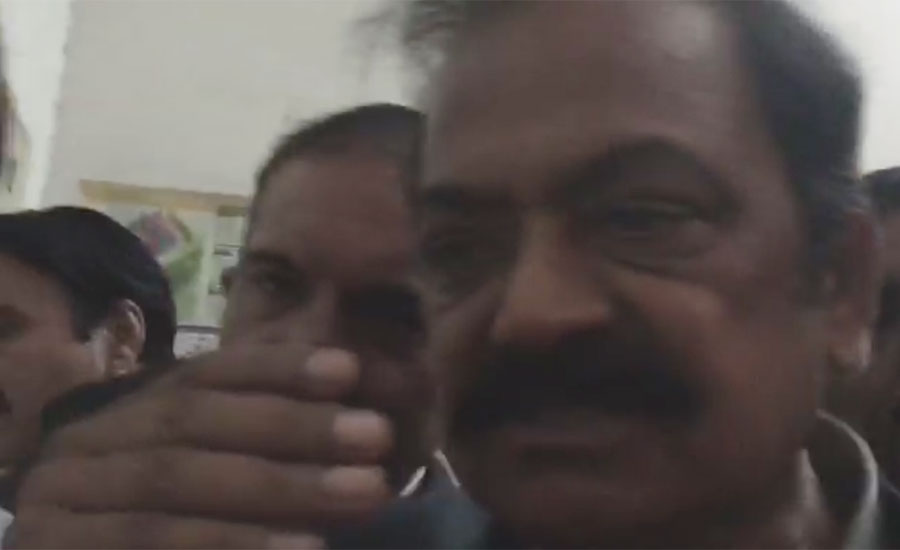 Sanaullah was produced before the court in connection with his alleged involvement in the narcotics smuggling case.

During the previous hearing, the PML-N leader had requested the judge for provision of homemade meal in jail upon which the court directed Rana Sanaullah to file an application in this regard. PML-N president Shehbaz Sharif also reached the court’s premises to meet and inquire after Rana Sanaullah.

The Anti-Narcotics Force (ANF) had presented the former Punjab law minister before judicial magistrate Ahmad Waqas in Lahore. The ANF and other prosecutors were present in the court where security was beefed up and heavy contingents of police were deployed.

“This is injustice,” Rana Sanaullah said when the journalists asked about the arrest. “An unjust government will not be able to last long.”

On July 1, the ANF Lahore arrested PML-N leader Rana Sanaullah near Sukheke. He has been shifted to ANF Cantonment Office for interrogation. His medical examination was conducted in the ANF custody. ANF Commander Brig Khalid Mahmood supervised the arrest.

BAHAWALPUR (92 News) - A rally of the Pakistan Democratic Movement (PDM), hosted by PML-N Vice President Maryam Nawaz, is about to kick off in Bahawalpur.

LAHORE (92 News) – PML-N leader Rana Sanaullah has alleged that the government is subjecting the Khokhar brothers to political revenge.

KARACHI (92 News) - The personnel of Anti Violent Crime Cell (AVCC) of Crime Investigation Agency (CIA) have arrested two more policemen over charges of abducting a citizen in a police van in Karachi.

LAHORE (92 News) – PML-N leader Rana Sanaullah said that the people would announce their verdict on Sunday.